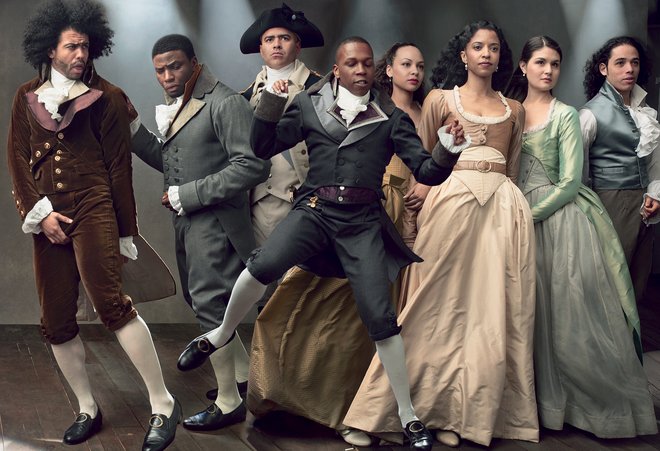 It’s no secret that my love for Hamilton runs deep and wide. I have succeeded in getting my husband and one child to like it, and I am currently on a mission to get a few friends across the pond into it. I made my own phone cases, I exercise to it 1-2 hours a day most days, and I finally have Guns and Ships memorized. Not that I’m obsessed or anything…

I’ve been thinking about what is so compelling about this musical and this casting and this story, and at first I didn’t know if it’s even something definable, something that can be named. When I was reading through the Hamiltome for the first time, I realized how rich this phenomenon is when it comes to creativity, and there is so much inspiration that can be mined from it. And I thought maybe that was it. But on my second read through, I wrote down a few things that jumped out at me and now that I’m looking at my list, I’m realizing that what I love about the world of Hamilton is how it teaches me to be human.

I have learned that it’s ok to be proud of your work. I had always been taught that to be proud of yourself was a sin, and that made it easier for me to slide into shame and low self-confidence. I think there’s something really powerful in being proud of who you are and what you do. I love the notes in the book where Lin just comes out and says how proud he is of different parts: “I was very proud of myself for the double meanings in this section, hence this note,” and  “But most of all, I’m Philip: I’ve written something and I’m proud of it and I want to show it to the people I love.”

Hamilton reminds us that there are subtleties to love and sexuality and it doesn’t shy away from showing us a full range of possibilities. “Laurens, I like you a lot,” is my favorite line in the whole show. My second favorite is the swoon-worthy “Hi,” in Take A Break.

I love that both the story and the making of it invite us to think about legacy and our ambitions, and acknowledges the nuance and complexities and dangers in pursuing them. And when I think about the legacy that Hamilton is leaving, how it’s showing us the importance of diversity and broadening our imaginations, I’m reminded that we don’t go it alone. We all need a community, a cabinet of people to be surrounded by who help us and cheer us on.

When I read the sections of the book on the award-winning cabinet members, I am reminded that being human means having deficiencies, but that they don’t have to hold us back. The story of orchestrator Alex Lacamoire tells us that our weaknesses can influence our life for the better.

“Around the time that he began learning how to make a piano sing, his family noticed he was having trouble hearing….He was fitted for two hearing aids. Growing up, he sometimes wore only one of them, when his family couldn’t afford the other. In high school, he stopped wearing them altogether because he didn’t want to stand out. He kept playing though…he prefers to think that his hearing deficiency might have aided his life in music. Maybe it trained him to listen harder. ‘Maybe I’m more attuned to certain things,’ he says.”

Lin-Manuel teaches me that it is good to have faith in yourself. This guy goes to the White House, says ‘nah’ to what they asked him to perform, and does his own thing – even while being laughed at. Repeatedly! Who does that? Who believes in themselves enough to be able to do that? It’s so incredible to see. And I think about the documentary coming to PBS this fall – they started filming it 2 years before the show even came to Broadway. It is an audacious faith to believe that years from now, people will want to see what you have to offer. But isn’t that what we do with our lives? We believe that years from now, people will still want us and everything we bring around them.

Anyone who is human knows a big part of life is trying and failing. We are trained to see this as a negative. But the makers of Hamilton tell us it is a positive, and trying new things is worth it. “For if the most essential trait of the Hamilton team was relentless creativity, a close second was ruthless pragmatism. Lin, Tommy, and their collaborators shared an eagerness to try things – to try everything – to find what worked best. ‘New discoveries, new mistakes’ was the daily goal that Tommy had announced for the company at their first rehearsal.”

New discoveries, new mistakes. Being human means that not only can we change, but that we can change the world.

“Hamilton is laced with these shout-outs to the traditions that birthed it, both hip-hop and musical theater. These serve, in part, as invitations, a signal to people from diverse backgrounds that the show is meant for them…In this show though, the shout-outs have a subtle second meaning. They’re another way of saying that American history can be told and retold, claimed and reclaimed.”

Listening to the emotional complexity of life played out in the lyrics of Hamilton is as close to being in the presence of perfection as I can imagine. But no matter how seemingly perfect Hamilton is, the essence of the story reminds us what we already know – that life is not perfect. But the legacy Hamilton leaves us with is that even in the midst of imperfection and anguish, our humanity is worth celebrating, and life, while we have it, is worth living to the fullest.

I did not have any idea what to expect. END_OF_DOCUMENT_TOKEN_TO_BE_REPLACED

Beyonce and the Imago Dei

2 thoughts on “Lessons on Humanity from Hamilton”