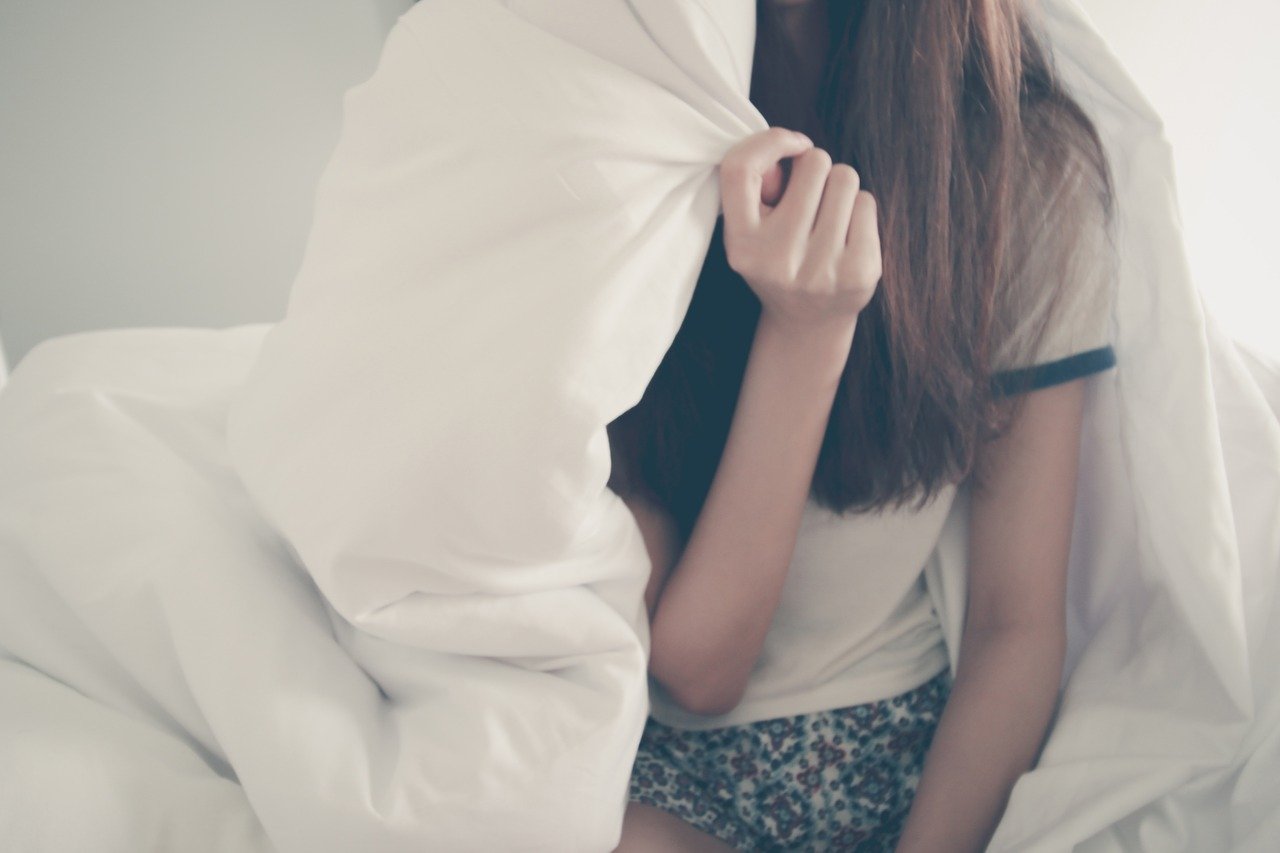 The heaviness that settled over my chest that morning was as dense as my husband’s weighted blanket tangled around my feet. I kicked off the covers but the anxiety wouldn’t lift. It was one week into the Coronavirus crisis that had settled over our country like a dense fog.

It started on a normal Thursday when I picked the kids up from school. Headlines were trickling in about rising virus cases in the U.S. but when news came that afternoon of immediate school cancellation, we all felt sideswiped. The torrential news that followed overwhelmed me so that one week later I was lying under its weight.

Shame was another layer of heaviness over the anxiety. My husband still had a job, something I couldn’t say a month and a half earlier. I already worked from home so, while days now became a complicated balance of work, entertaining and educating the children, and keeping the house quarantine-clean, I still was able to work. We had the ability and privilege to stay home; others weren’t as fortunate.

My heart grew heavy with worries for friends stuck abroad or separated from their family, others who had to leave everything to return to their passport country, and our friends who still work among the rural poor and refugee communities in Bangladesh—the truly vulnerable. We had it easy compared to what we could have known had this happened a year ago when we were still living in Dhaka. The guilt said, “Shut up, you have nothing to complain about!”

But my children’s eyes told another story that shattered my heart. They were no strangers to living in limbo. While many of their friends in their suburban Georgia school were learning lessons for the first time about battling uncertainty in highly scheduled and planned lives, my children had become pros in the last few years. And their little hearts were weary.

. . . we learned the hard way about living in the land of the unknown.

They were just six and eight when we told them we were moving to India. Once the shock abated, they were excited to dazzle their friends with stories of monkeys and cows in the streets. The first blow came when we were delayed by a few months due to visa issues. Then, after both my husband and I had quit our jobs in the U.S. and our house was ready to go on the market, the path to India completely collapsed.

Our lives became a series of delays, cancellations, rerouting, and waiting. Throughout the journey to our new home in Bangladesh and unexpectedly back again, we learned the hard way about living in the land of the unknown.

Living in Bangladesh, our family learned what it felt like to feel socially distant—separated from our family by 8000 miles but also from our neighbors by a language and cultural barrier. We knew loneliness well. Monsoon rains and protests would keep us isolated in our flat for days. We were constantly adjusting to new norms and the coursing emotions of culture shock that would strike unannounced. Our son asked us weekly when we would return to life as usual, longing for the familiarity of the U.S.

That was…until we told him we would be returning “home” after just a year and a half. Then he cried, “but Bangladesh is home now!” The bittersweet swirling of emotions didn’t end when we returned to our passport country either. We stepped into what we thought would be life as usual and found that we couldn’t ever go back. Georgia didn’t feel like home anymore and we had to start all over again. We then struggled through eight months of my unemployment and were barely a month into discovering a new normal…that the pandemic had upended again.

I was telling a friend how it pained me to see my kids plunged back into the void. My son’s angry outbursts masked his frustration at being isolated once more. My daughter’s thinly-veiled anxiety at possibly never going back to the school she was just becoming comfortable in was obvious when she emerged late at night, unable to rest.

“Write about it,” my friend said. “Everyone is feeling the strain of the uncertainty now, too. Tell them what you’ve learned.” And, you know, it made me feel so much less alone to think of it that way. We’re all in suspension together and no one is going to come out of this current crisis unscathed.

All of America is learning what it means right now to live in transition—stuck between the life they knew and an unknown future. We don’t know what tomorrow holds and each day there is plenty of fear waiting to tighten its stranglehold on us. This isn’t a transition any of us chose. But as I preach the lessons to myself that living in a state of limbo taught us, here’s what I know.

Be gentle with each other and yourselves. You’re are going to grieve differently than everyone else and be at different points of the transition daily. You might feel fine today and unable to get out of bed tomorrow. Your kids might be okay but you can’t stop crying. Let yourself and those around you feel the loss; it is real. You’ve lost life as you knew it and you don’t know when or if it will return. It’s okay to be sad, angry, and afraid. Maybe all at the same time.

You’re going to mess up. You’re going to be unable to focus, and you’re going to feel tired. Feel what you feel. Be aware of the emotions bubbling up that seem out of character. That anger you feel? That attitude from your kids? It’s grief.

Name the losses. From a lost soccer season to loss of income, every dream that went up in smoke hurts. Don’t ignore them. Make a list of them if you can. Cry over them. Ask God to heal you. Ask for eyes that see the many things to be grateful for, and for the ability to dream again.

You can’t go home again. You’ll be changed by this. The new normal you find after this might not be easy. But it will still be good. And you can come out stronger on the other side.

God hasn’t left you in the midst of this. No matter how bleak it feels, God can still show up (and if you don’t experience the presence of God in the midst of this, that’s okay, too). Pray with words; pray in silence. Pray however you can, or ask others to pray for you if you can’t.

Let’s kick off the blankets, even if the weight remains for now. We need to let ourselves feel it, but we can also reach out to those we love and help them carry their own weights. You see, that’s one more thing: We can find community we never imagined as we hold each other through the changes.

Every transition will end. What remains is those who weather the storm with you. So for today, as we’re all in the midst of this uncertainty, remember you aren’t alone. No matter how distant others feel; we’re all in this together.