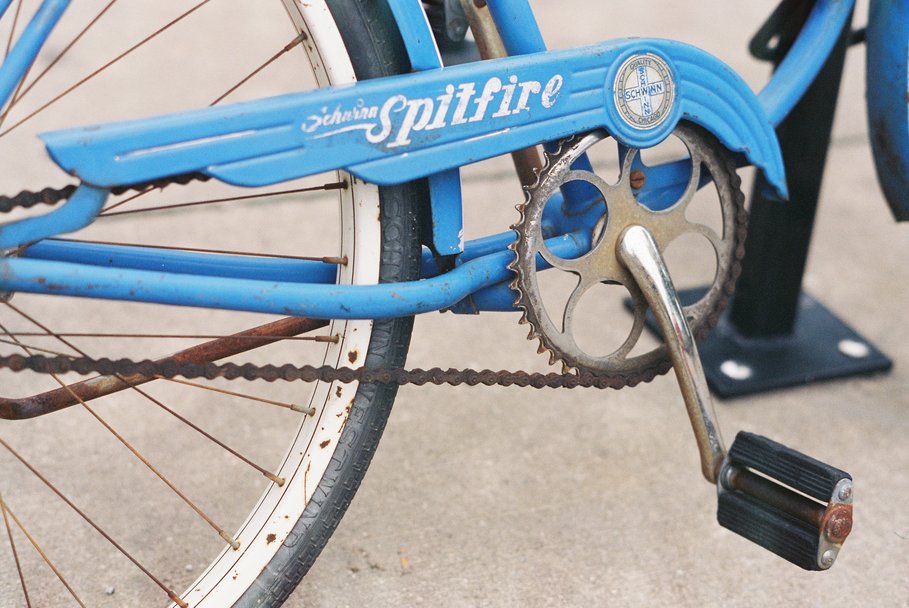 Four years ago a teen-aged boy pointed a gun at me while demanding I give him my money. It was a sunny Saturday afternoon in Oakland, California. I was standing at the flagpole in front of the elementary school where I’d recently been assigned to teach. My husband Chris and I had ridden our bikes there together, trying to determine the best route for my commute.

After he waved it in my face, the gunman turned to Chris, jabbing the weapon toward his chest, repeating his demand for money. Chris slowly took out his wallet and passed him the bills. As he took the money and ran down the block, we got back on our bikes and rode to a liquor store where we called the police.

When the cops arrived, they took down our story, called in an account of the suspect, put our bikes in the trunk of their squad car and drove us home. Riding in the back of that car felt like being secured in a tank, there was hot relief in my chest that nothing could happen to us behind the locked doors and heavy glass. I saw a boy pass on a bicycle and it occurred to me for the first time how vulnerable it is, to pedal around the streets with no walls between you and the world around you. I wondered if I would ever ride a bike again.

Though I had been a bike commuter and recreational rider for years, I didn’t get back on my bike. I didn’t get on that week or that month or that year. I tripped over it in the garage, demurred when Chris asked if I wanted to ride somewhere with him, not wanting to outright refuse and risk actually having to talk about the feelings of dread that sat heavy in my stomach every time I thought about going out into the world on my bike.

Then I got pregnant and had a baby. A few months later another followed. No one expected the pregnant lady to be tooting around on a bicycle. After our second child was born we moved to Colorado, where most people’s bikes were put away for the winter. But ever since the grass turned green and flowers began to bloom, I’ve known it’s time. Time to face the unsettled feeling I have when I see my bike leaned up on the back fence.

My 33rd birthday was last weekend. I asked Chris to fix up my bike as my gift to myself. Our first family ride was a spectacular failure. I sobbed the whole time, the trailer for the babies got a flat tire, Chris ended up going home via a different route and I panicked we couldn’t find each other for nearly half an hour. But my “I can’t” and “Never agains” died on the pavement in front of our apartment, even as the tears streamed down my face.

Wednesday night after work we tried again. I packed a picnic dinner and we rode to a park in the cool of the evening. It was beautiful, easy, like something we’d done a thousand times before. And as my toddler climbed up the play structure and my baby sucked on fruit in the grass at my feet, I thought about fear.

Sometimes we’re afraid of the wrong things. It’s a lot easier to be afraid of riding a bike and so choose to let it gather dust in my garage than it is to face the reality of living in a world where people threaten each other with guns at elementary schools.

Riding my bike with my family was a step toward deeper trust in a God who holds the whole world in His hands—the whole broken messy world where children die unexpectedly and people are shot at malls and movie theaters and no place is truly safe. I live here and though I feel afraid, I am not alone.

I’m learning again to trust Him with my fears and realizing that in not facing them for sometime, I’m out of practice. But trust is a muscle, the more I exercise it, the stronger it surges in my heart. I’m wobbling toward Jesus and remembering that this has always been the path toward freedom and away from fear.

I did not have any idea what to expect. END_OF_DOCUMENT_TOKEN_TO_BE_REPLACED

Lindsey Smallwood
Lindsey Smallwood hopes to leave a legacy of good relationships and bad dance moves. After careers in campus ministry, special education, and circus arts, she's currently chasing her little boys and serving on staff at her local church. Read more by Lindsey at her blog Songbird and a Nerd, including blog posts, excerpts from her latest book and more.
Latest posts by Lindsey Smallwood (see all)