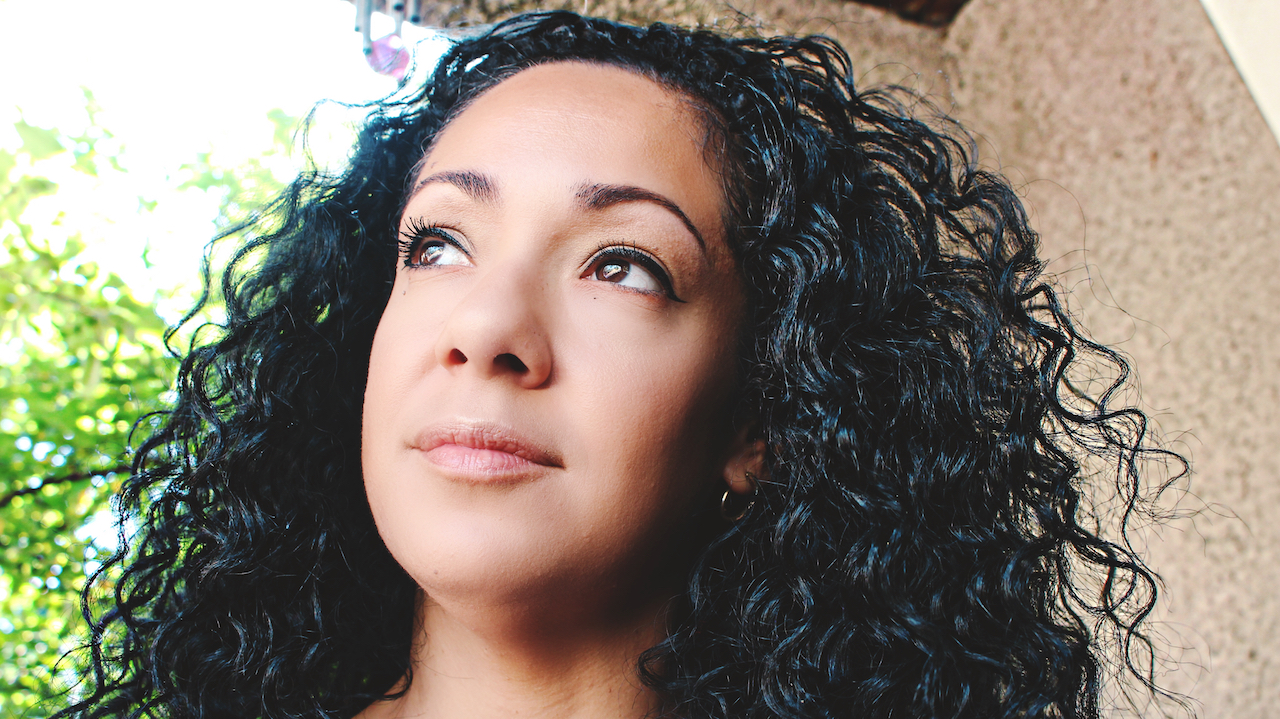 I have fear. I have faith. I wrote those two short sentences this morning in the “I Am” section of my journal. Yes, I do positive affirmations. No, it’s not corny & yes, it really does work. It stuck out to me today because first, it felt out of the blue. I.e. where did that come from? And secondly, it broke the cadence of my usual I am statements…I didn’t write “I am having fear. I am having faith.” I wrote I have fear. I have faith. I try to pay attention to things I write seemingly off-the-cuff and especially without thinking about first. And here are these two sentences which just rolled out of me like I rolled out of bed this morning.

This is my “I’m holding faith + fear” in perfect tension face. 😉

I was dreaming about getting a tattoo of those words. (By the by, I’m always dreaming of more tats). I absolutely love word tattoos & almost all of mine are words or phrases.

For example, I have “Always Hope” on my hand. On my neck the Latin words, “Nisi Dominus Frustra,” which translates to “without the Lord frustration.” (Now isn’t that the truth?) On my wrist the Greek words for ‘I am God’s Grace’ which can also be translated as ‘I have God’s grace’. Both work.

So yes, I love the words. All the words. I love little phrases which communicate in such a punchy little way. And I love the permanence of tats. Hell, tats are more permanent than the covenant of marriage. Said as a divorcee, trying to figure out what is actually permanent in this world. For me, the loss of marriage was the loss of the idea of permanence. Except for tats, I suppose.

What’s more permanent than the core ideas that happen in my soul day in and day out? I really do have fear and I have faith. Maybe these are the only two things I have or will ever have? Maybe these two ideas encapsulate me so deeply they’ll reach down into my hypordermis and rest there for the next hundred years while my souless body disintegrates into the earth. And where will I be? I’ll be with God, celebrating with faith that brought me there. But what about fear? If fear is also merely respect for God or reverence, that means we’ll never truly be free of it.

When I wrote those words this morning, I was awash in painful memories. Triggered. I was remembering a time when my fear & faith were wound so tightly I could no sooner separate the stars from the universe than I could unravel these entities. They became me. They were me. I could not have one without the other. I could not live in faith before God without fear of God, nor could I live through the type of fear I owned without faith that God could -and would- see me through it.

Sometimes fear looks like a woman sitting in corners, sobbing, feeling self-pity, dread & having suicidal ideations trying to figure out who to tell what. And sometimes fear of God, means respect for God’s ability to handle shit. And so that same fear, shows up later on in the same day mind you, and you get on your knees still sobbing but praying & asking God for specific outcomes.

Sometimes when the fear shows up, you know you can’t absorb another moment of thought so you turn on a romantic comedy and by sheer will,  allow distraction and fantasy to assist you on to less scary thoughts…or better yet, no thoughts whatsoever.

The Bible repeats the phrase “do not be afraid,” or some such variety  about fiddy-lleven times across both testaments, multiple authors & time periods, in various contexts and spoken by everybody & their Mama including angels, prophets & probably donkeys too. (Don’t quote me on that last one).

The point is: God knew we were going to be afraid. So He repeated His desire that we don’t own fear…over & over & over & over & over again. I don’t even think there’s an expectation that we could live on a planet where God has been literally forsaken by the majority of it’s parasites & NOT be afraid.

In my humble opinion, we should be afraid…humans are insane in the membrane. An honest look at the history of humankind reveals… we are horrible creatures, capable of horrible things. None of us are exempt and all of us are culpable. Who is safe down here? No one.

Yet, there are those words…”Grace…do not be afraid…have no fear…fear not, for the Lord is with you…never leave you, nor forsake you…” We could all go on and on with our favorite cliche verses to cherry pick. You get the point. It’s all there in black & white. It’s not God’s intended desire for us to live in fear, but rather to have fear… and for that I’m glad. Hopeful even.

I respect how William D. Eisenhower puts it in an article ‘Fearing God” in Christianity Today:

Unfortunately, many of us presume that the world is the ultimate threat and that God’s function is to offset it. How different this is from the biblical position that God is far scarier than the world …. When we assume that the world is the ultimate threat, we give it unwarranted power, for in truth, the world’s threats are temporary. When we expect God to balance the stress of the world, we reduce him to the world’s equal …. As I walk with the Lord, I discover that God poses an ominous threat to my ego, but not to me. He rescues me from my delusions, so he may reveal the truth that sets me free. He casts me down, only to lift me up again. He sits in judgment of my sin, but forgives me nevertheless. Fear of the Lord is the beginning of wisdom, but love from the Lord is its completion.

We often run away from owning the idea of fear, but I don’t. I have it & I’m not afraid of it because my faith is in equal measure.

And there’s my win for today.