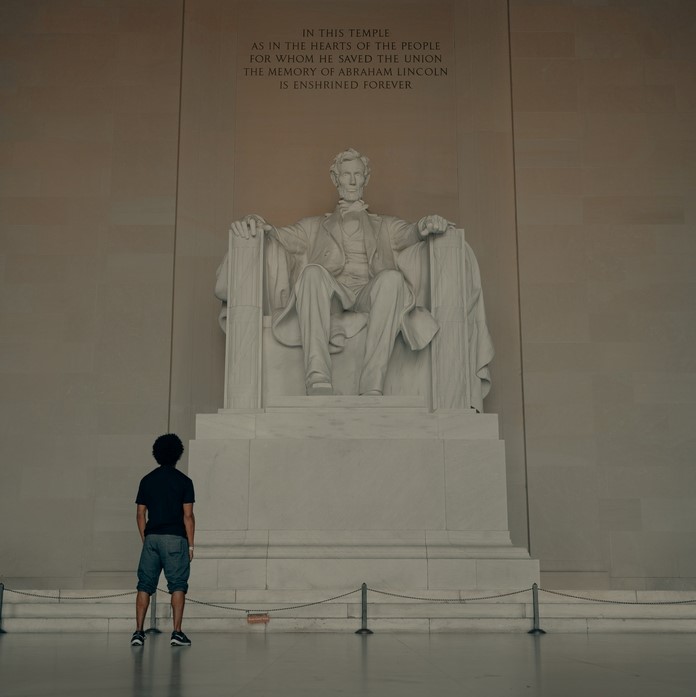 My daughter excels at catching insects with her bare hands.

This skill set is on par with her fluency in “meme” and her ability keep up with Daveed Diggs’ light-speed verses in Hamilton. I am in awe of these aptitudes, and that she wields them despite sharing DNA with me.

So, I wasn’t surprised when she snatched another rogue moth fluttering about our living room. With deep satisfaction, she nudged the sliding glass door open and procured its freedom. It was a beautiful moment of liberation to behold—for about two seconds. When a robin swooped in for an easy mid-day snack, resounding cries of shock and terror filled our house.

So much for good intentions. We all have them, don’t we?

Individually and collectively, they’re sewn into the fabric of society.

Here in the US, as the we round the calendar corner from Junteenth (after only 156 years, recognized as a federal holiday) to July 4th, debates on a national legacy of good intentions abound from critical race theory to cries of “cancel culture.” While I have more questions than answers on these issues, there’s one thing about good intentions I do know:

Sometimes they end well. Other times,

Or, better yet, his Founding Father-frenemy, Thomas Jefferson. He’s always easy to find: In the glossy pages of every US history textbook (with the occasional scribbled-on mustache or monocle disguise), inside his Washington D.C. memorial, and eternally as the nickle in the crevasses of our couches. He’s also on the two-dollar bill, but they only printed like three of those. If you’re at a Scheels sporting goods store, an audio-animatronic version of him may spout out the Declaration of Independence as you shop for tennis rackets and bowling balls.

Drafter of the Declaration, third U.S. president, crucial envoy to France during the Revolutionary War, creator of the swivel chair (and all writers say, “Amen!”). Juxtaposed to Jefferson’s monumental (pun intended) contributions in the shaping of a fledgling nation, however, we find a life and work of confounding contradiction. The consummate public servant, he privately enslaved hundreds of humans himself.

“Indeed I tremble for my country,” a seemingly conflicted Jefferson wrote regarding slavery, “when I reflect that God is just . . .”

We are left to wonder:

Was Jefferson trembling for fear of God’s justice upon himself, or did his trepidation dissipate like the cool morning air that gave way to sweltering summer afternoons on his Monticello plantation? It was brimming with tobacco plants that would not pick themselves.

Did he feel the chill of hypocrisy as he inked words like “unalienable Rights” “endowed by their Creator” by day but was, by night, served at his second-story Philadelphia rental by Robert Hemmings? Hemmings, 14, was an enslaved man who somehow fell short of the Declaration Jefferson was crafting. (If his name sounds familiar, Robert was the brother of Sally Hemmings, also enslaved—and the probable mother of seven children with Jefferson. If you think it can’t get worse, it does.)

In his sober slavery confession, Jefferson acknowledges a higher law of justice—God’s law—and yet joined myriads of “God-fearing” folks who consented to or participated in the enslavement of others. Among the many are the sisters of the Society of the Sacred Heart. From the early to mid-1800s, these nuns established Catholic schools for communities in Louisiana and Missouri. Their efforts ooze good intentions until we come to the part where they enslaved 150 souls to do it.1

As enslavers across the land opened their family Bibles, prayed the Rosary, or sunk into church pews, we again wonder,

Were they not connecting the horrific dots of justice and their “good intentions” or (as Jefferson so clearly confessed) conveniently ignoring them?

Unsatisfied with the heinous cognitive dissonance of fledgling America, I put my question to the “Great Emancipator” who, four score and a fractured nation later, could no longer ignore it. Say what you will about #16, he did arguably more than any other sitting president to champion “unalienable Rights.” (Dream on #45.)

Good intentions? Lincoln’s life was laced with them: Issuer of the Emancipation Proclamation, curator of the 13th Amendment, preserver of the Union—you remember, if you were not too busy vandalizing your history textbook. After a whirl on Scheels’ indoor Ferris wheel and a Jeffersonian fist bump, you can listen to Lincoln spout the Gettysburg Address, reminding us that the nation from its inception was “dedicated to the proposition that all men are created equal.” (This is a 272-word rhetorical masterpiece. And all writers say, “I quit!”)

It wasn’t where I thought it would be.

Confident Lincoln could answer the justice questions Jefferson dodged, I dug deeper and finally unearthed it. But it wasn’t where I thought it would be. It was under a pile of white supremacist manure.

In the summer and fall of 1858, Lincoln sparred with Stephen A. Douglas for Illinois’ open US senate seat.2

It was under a pile of white supremacist manure.

Enslavement, in the political landscape of the late 1850s, was THE topic of the day. Throughout the Lincoln-Douglass debates, Lincoln called for the extinction of slavery. He argued that the Framers expected it and that the “all men are created equal” clause included ALL MEN (yep, men only—but that’s a topic for another day).

So far so good, but then to the crowd in Charleston, Illinois, Lincoln declared:

Liberty and justice for all—so long as they didn’t eclipse his (or his race’s) own.3

Here was the horrific answer to my justice questions, slighted by Jefferson and lingering in the legacy of Lincoln.

Ours is a history of selective justice, justified by embracing a second-hand humanity:

Some are made in the image of God;

This wretched realization came accompanied by another:

“RIGHT question!” call those who’ve lived the consequences of this deadly double- standard history. (You won’t find them with Lincoln and Jefferson in textbooks or at Scheels.) “WRONG people.”

“Ask not Jefferson, but

“Not the Society of the Sacred Heart,

but Eliza Nebbit,” who enslaved by them, helped found the Academy of Saint Michael in Convent, Louisiana. (Nebbit dreamed of becoming a member of the Society but was refused because of race and segregation laws.)

“Not Lincoln or Stephen Douglas, but Frederick Douglass,” who as historian Doris Kearns Goodwin recounts in Team of Rivals, debated Lincoln to the White House and back for the equal rights of ‘All Men.’”

“And then,” they call out in a collective voice I can no longer ignore, “Ask yourself.”

Are you not connecting these horrific dots of justice with your own “good intentions,” or conveniently ignoring them? How have you justified selective justice by embracing second-hand humanity?

I ask myself, and the answers make me tremble.

So I ask one question more:

I ask the God of justice to lift my own abominable veil and help me to humbly look to those present and past whose answers reflect his higher law.

I’ll learn from Darnella Frazier, who boldly captured the brutality of injustice on camera, bearing the trauma of a man cruelly killed and made in God’s image.

I’ll listen to the men and women, whose ancestors the Society of the Sacred Heart enslaved, speak and honor their names. I’ll look to their partnership with the Sisters of the Sacred Heart-present as they work to claim their history and to root out systemic racism within their organization.

I’ll finally read the words my friend Vannae asked me to: The Cross and the Lynching Tree (James H. Cone) sits ordered but unopened on my shelf—conveniently ignored— because she said, “It will profoundly disturb” me.

It’s not enough. It’s only a place to start.

as Hamilton‘s “History Has Its Eyes on You” resounds in my head,

and down the hall,

another moth springs free from my daughter’s hands.

1 Current records exist only for Louisiana.

2 I recently listened to all 16+ hours of debate thanks to my local library audio app. Who knew Richard Dreyfuss would make such a good Douglas?

3 This mindset was reflective of many (especially) northern citizens at the time. To be fair, the Lincoln of 1858 would evolve much in the remaining 7 years of his life. But we must equally acknowledge that his legacy of “good intentions” is one of both subjection and liberation. Consider, for example, his strategy for the re-colonization of African-Americans and his war-related rationale for emancipation.

4 thoughts on “Hollowed (Out) Halls of Justice”