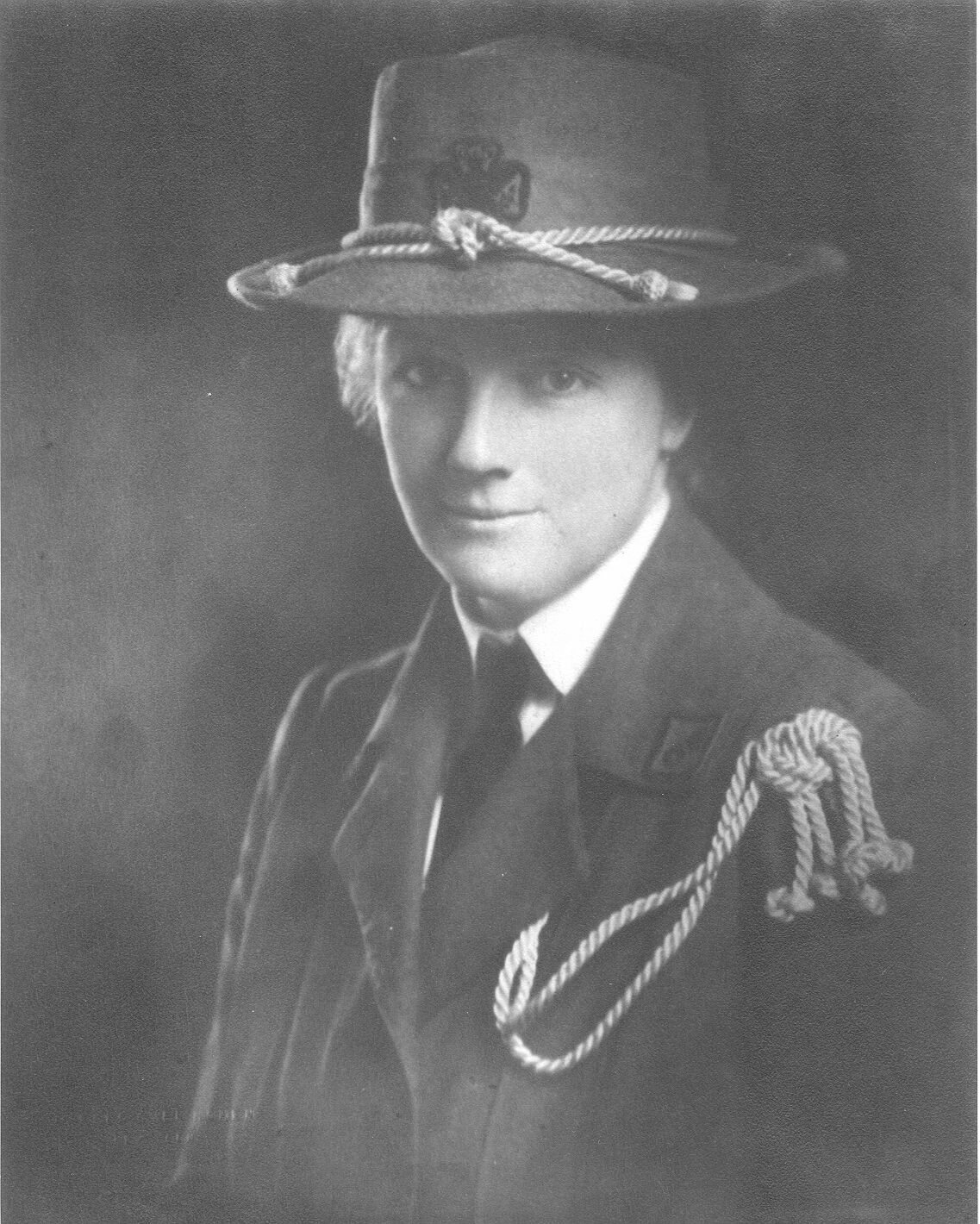 Juliette Gordon Low founded the girl scouts because she had been hanging out with the Boy Scouts founder and thought, well, why the heck weren’t girls encouraged to go hike in the woods, build a fire, swim? She liked all of that stuff.

When people think about women who have made a major impact on this world, I feel like Juliette Low often gets overlooked. I mean, so she founded the Girl Scouts, so what? They make a mean cookie, but do they actually have an impact on the world?

Yes. They do. I know because the Girl Scouts had a major impact on my world. I don’t know that it was initially up to me, whether or not I wanted to be a Girl Scout. As the third daughter of my very pro Girl Scouting mother (she ran at least two troops for most of my childhood) it was just assumed.

Juliette Low was married when she was twenty-six, and in a freak rice in her ear accident, lost hearing in one of her ears for life. This disability, sadly lasted much longer than her fraught marriage.That is the part I learned getting my History of Girl Scouting badge. The next part they left out.  After multiple public affairs by her husband, and her inability to have children, she became estranged from her husband in 1901. When he died suddenly in 1905, she found that he had left the majority of his estate to his mistress. Juliette Low, against all advice, contested the will and won.

Back in that time it would be most appropriate for the Widow Low to tend quietly to the house that she won in her court battle. But that wasn’t really her style. She traveled the world and met the founder of the Boy Scouts. She thought girls should get to do fun things too. So she started the Girl Scouts, to give girls the same chances.

They tell you in Girl Scouts that Juliette Low wanted girls to learn more than just how to raise babies and tend a house. She wanted them to learn that they were capable of being self-sufficient, that they too could enjoy the outdoors. And at 8 years old at the Founders Day swim, suit still wet and goosebumps running up your back, it all seems so simple. Of course girls can do all the things! Of course we need to know more than how to care for babies and tend house! Can we get back in the pool now?

But now that I know the bits that are left out of the Girl Scout handbook, I can see how painful it was for Juliette Low to learn that she perhaps needed to have a skill set that did not involve babies, or even a husband. I can imagine how hard it was for her to have to learn that she really was self-sufficient. I can see how radical the idea that girls might enjoy tromping through the woods, might be capable of making their own money by selling the cookies they baked for themselves, really was. What a crazy idea, in 1912.

That crazy idea really did shape who I am today. When people would ask my mom why she had us in Girl Scouts she would say, “I think it is really important that girls have leadership opportunities, and they are kind of hard to come by if boys are in the room.” And even in 2015 the research supports that girls are not given nearly the chances that boys are to take the lead. Most of what I know about classroom management and how to manage people, and everything I know about fire building and making a caper-chart for my kids comes from my experiences in Girl Scouts.

Girls Can Do All the Things