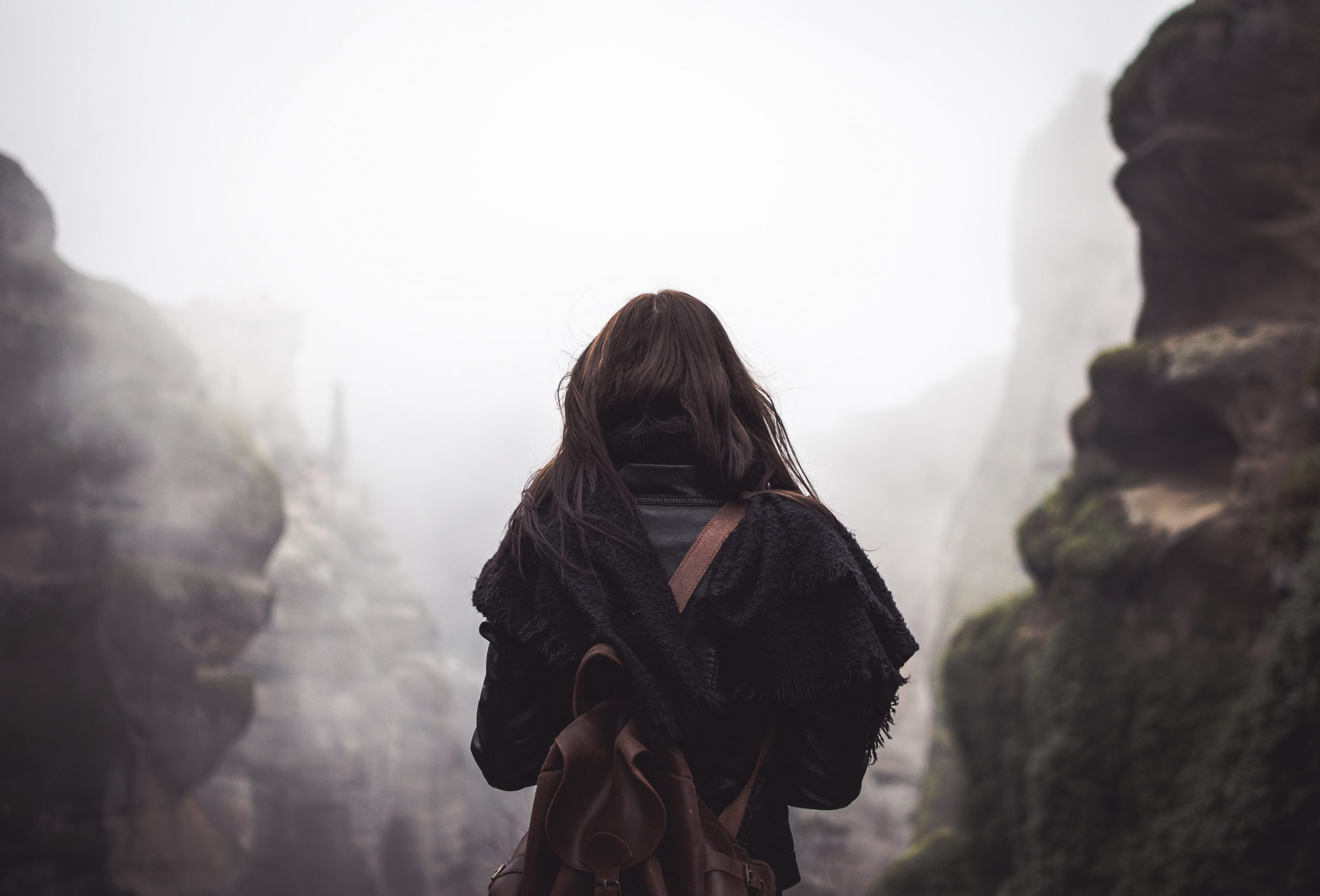 Crouched in that corner of the closet you’ve made your own,

so you can steal one more moment before

Before you flip the nebulizer’s switch and pray your lungs cooperate this time—so you can tuck your boys in tonight.

Before you tiptoe toward his hospital bed that, three years ago, migrated to your living room—so you can trim his beard while he sleeps.

Before you pull on heavy boots to clear heavy snow that’s somehow heavier—now that he’s left for good. . . .*

In these few and fleeting moments between appointments made, paychecks earned, groceries gathered, kids acquired-deposited, and the steady stream of prayers prompted by prodigals, prognoses, settlements, and unsettledness . . . .

Before you finger the Gordian knot that is today—

the one that gets tighter the harder you pull;

the one that may unravel you first.

Before all that, sister, I beg you to lay it down here,

Her name’s not in the Bible or any epic novel. But Lisha’s a heroine in my book, because she taught me how to lay down my load.

There are no wild plot twists in this story, or sweeping redemption arcs: Just a portage, with canoes and cargo from one Boundary Waters lake to another. The quarter-mile haul felt more like a million with the giant rubber duffels strapped to our backs. My complaints dripped like a leaky faucet as we scaled that craggy path of pain. Nothing came from Lisha’s lips while she labored under the taunting, August sun. Nothing, but the inhale-exhale rhythms of labored breathing.

Her pack was heavier by far.

As we stumbled to the water’s edge, she planted herself on an obliging rock, pried the duffel from her sweaty back, and mumbled two of the wisest words I’ve ever heard:

“That sucked,” she breathed, in just a whisper.

No curses. No comparisons or complaints.

Only that and nothing more.

Sister, as you sit in that closet corner, cradling your head in your hands—

as you lower the load strapped to your back, maybe you need to say it, too.

This sucks. This really, really sucks.

but it will let you lay it down for a while—

as he lied prostrate in the garden,

begging the Father for his cup of crucifixion to pass.

It was all too much, so Jesus summoned his closest friends to keep watch in the pain. As beads of blood seeped through his skin, and his soul buckled under the death-weight of sorrow (Matthew 26:38), they slept, instead.

Sister, your Father bends near to hear you say it, too: That this cup you must drink is a bitter and agonizing one. He hears and he knows, and I promise you that He provides in the pain.

Maybe not always in the ways we’d prefer.

Maybe not by taking it—even as Jesus pleaded—away.

But let me remind you that you’re not an only child, and this is by design. (Galatians 6:2/Romans 12:12,15). So, when you’re ready—crack open that closet door. Open it to the ones who will not be lulled to sleep in your pain, but will sit with you in it, keep watch, and pray. Brené Brown once said,

Sister, you must drink from this cup, it’s true. But you don’t have to drink alone. Find your midwives. Find the ones who want to be in your corner, push those skeletons and that pile of dirty laundry aside (they have theirs too) and make room for them—

sitting on a worn and wooden pew in that empty, village church.

I felt empty, too—exhausted from the load I could barely carry. Desperate, I thumbed through a Swiss-German hymnal whose words and melodies were as foreign to me as the rest I sought. Peace thwarted me once again with one more incomprehensible thing. As I stared through stained glass that spoke of a cup, a suffering Savior, and his sleeping friends, my own friend slipped into the pew. We sat in befuddled silence, among stones set 500 years before. Five hundred years of whispered prayers, I marveled.

ive hundred years, without Him missing a single one.

“I am with her,” He spoke in silence to the source of my pain.

Not “I’ll fix it,” or even “wait.” Just His promised presence that made what He whispered next possible: “Do not be afraid.”

Organ music spilled through pipes above, blanketing us below with an unfamiliar song we somehow knew.

It was a song of goodness—God’s goodness—to a world weighed down with insurmountable things.

Listen hard enough, sister, and you will hear it too:

or in the wind spilling through a cottonwood tree with the sound of a river,

or in a teenager’s giggle, when they forget—momentarily—that they are a teenager,

or in the “I’m here for it” whispered by the one who sits in your corner.

to the quiet waters, literally translated “waters of rest”: God’s soul-restoring goodness in the darkest of valleys.

before you have to hold up half of the sky again . . .

Lay it down for a moment.

Lean in to the ones who sit beside you.

Listen to the songs of His goodness.

And, when it’s time to rise up and shoulder it all again,

look past your load—beyond what you can see, to what is not—

the eternal weight of glory that’s waiting for you.

Cheering you on from my own closet corner,

*My beloved, load-lifting sisters. You know who you are.

1 As quoted by Rachel Held Evans in her book, Searching for Sunday: Loving, Leaving, and Finding the Church.

10 thoughts on “For the Heavy Lifters”