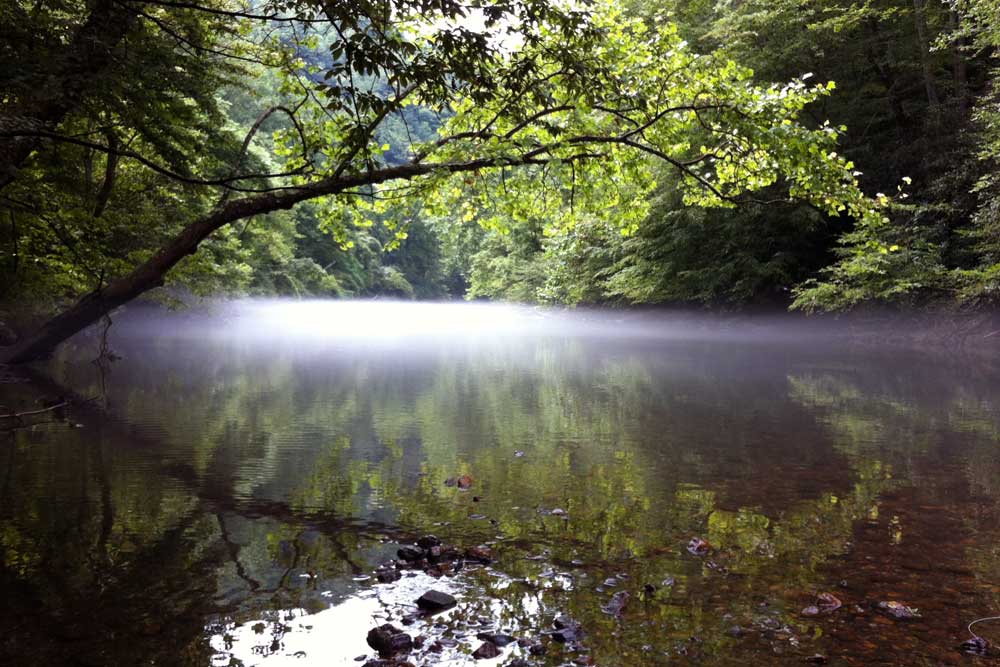 It was a Sunday morning on a crisp spring day in 1995, and I was standing waist-deep in the cold currents a river in southwestern Virginia. How I got there is the thing.

At the time, I was on cusp of major life transitions. At 25, I had just completed my masters degree in English and was in the midst of determining whether to pursue a Ph.D. As I was deciding whether to turn left or right at the fork in the road, I was rammed from behind. I learned my girlfriend had cheated on me. Not once, but for months.

As the shock gave way, the pain set in like realizing you’ve broken your arm several minutes after a violent collision. The next morning, the muscles in my face hurt from continuous crying. During the first few weeks, I felt paralyzed while waves of questions and doubt pounded me. I could focus only on the small and immediate: do the laundry, wash the dishes, buy milk, take the dog for a walk. Other questions stomped around in my head and demanded attention. Why wasn’t I enough? Why couldn’t she have just ended it? Why? But I could only look away and sweep the kitchen floor. Just do what’s next on the list.

In retrospect, the signs of infidelity seemed so obvious—the phone calls not returned, the excuses for not being available, the downcast eyes of her friends. I felt the fool and increasingly withdrew from the world fearing everyone else saw it, too.

It took months before I allowed a friend to drag me out. It was one of those awkward evenings in an apartment with several couples drinking and making small talk. I ended up in a conversation with a guy who was going fly fishing the next day. After a few beers and some nudging, this fly fisherman agreed to take my friend and I with him.

On the river the next morning, our guide showed us the lifecycle of a trout’s diet. He talked through the mechanics of casting and showed us its art. He showed us how to read the water’s currents and where to look for trout feeding.  We spent hours fishing along the wide and beautiful river, but I was the one who was hooked.

On that Sunday morning in 1995, I found myself back on the water alone. I had retraced the route of our guide the previous day. I walked along the train tracks that followed the river and ambled down the footpath that led down to the water. I pulled line from my reel and began working my way up the river. My novice casting was as clumsy as my footing on the slick moss-covered rocks lining the riverbed.

Soon, I noticed a subtle dimple on the water that revealed the position of a trout feeding just ahead. I slowly positioned myself within casting range and worked my line back and forth above the water until it reached its target. The fly landed softly about six feet above the memory of the rippled surface and started its descent downstream. The noise of the broken water could barely be heard above the sound of the current, and a small bubble appeared where the fly once rested. I raised the rod and felt the heft of a connection on the other end. I watched the tip of the rod bouncing up and down.

As I held the fly line in my hand, I felt the tug and shake of life calling me back. It took a fish on the other end of my line to make me feel alive. I felt connected to the outside world again. It was a tangible relationship with another, albeit with a fish. But it was a start.

I pulled the 10-inch brown trout up to me and marveled at its beautiful bronze and gold body with orange spots. The sun had begun to peek over the trees and between the hills on either side of the river. I watched the trout slip easily from my hand and back into the mystery of the river knowing I would be back. I would be back again soon.

In the fly rod I found an instrument, and like a musician, I would spend countless hours that summer practicing my craft, exploring new beats, and harmonizing with the rhythm of old rivers.

Entering the water, casting a fly poised on the surface of the river, and waiting for a fish to rise became my ritual. To tempt a fish to rise from beneath the water is to tempt the mystery of all things to the surface of consciousness. For a moment, I could satisfy the questions continually cast out onto the currents.

Fly fishing requires a little knowledge, lots of practice, and faith that a fish will rise. It is a discipline of seeking and, on occasion, connecting with the wild and unpredictable. Fly fishing coaxed me out into the open to seek such connections both on and off the water.

It wasn’t answers I found on the river but a renewed strength to rely upon the mystery beneath the surface of what I could not see and what I could not control. It was a faith forged not from the pulpit or from a holy book but from working my way upstream. I didn’t find answers, but I did find new life calling me back. The anticipation of the next cast and the promise of a tight line.

Fog rolled in last summer, hovering outside my window above END_OF_DOCUMENT_TOKEN_TO_BE_REPLACED 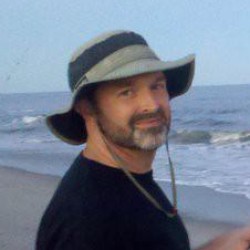 Paul Grantham
Paul Grantham lives in Raleigh, North Carolina, with his wife, Christine, and their two wondrously unique and beautiful daughters. His day job includes working in communications for a large private university. On the side, he dabbles in the exploration of the mystery of faith. Paul manages a blog called the Word of Life Project, which seeks to share personal stories that define our lives and form our faith.

Are We Nearly There Yet?

The Restoration We Find through Confession

Renewal Is All Around Us

17 thoughts on “Finding Faith at the End of the Line”