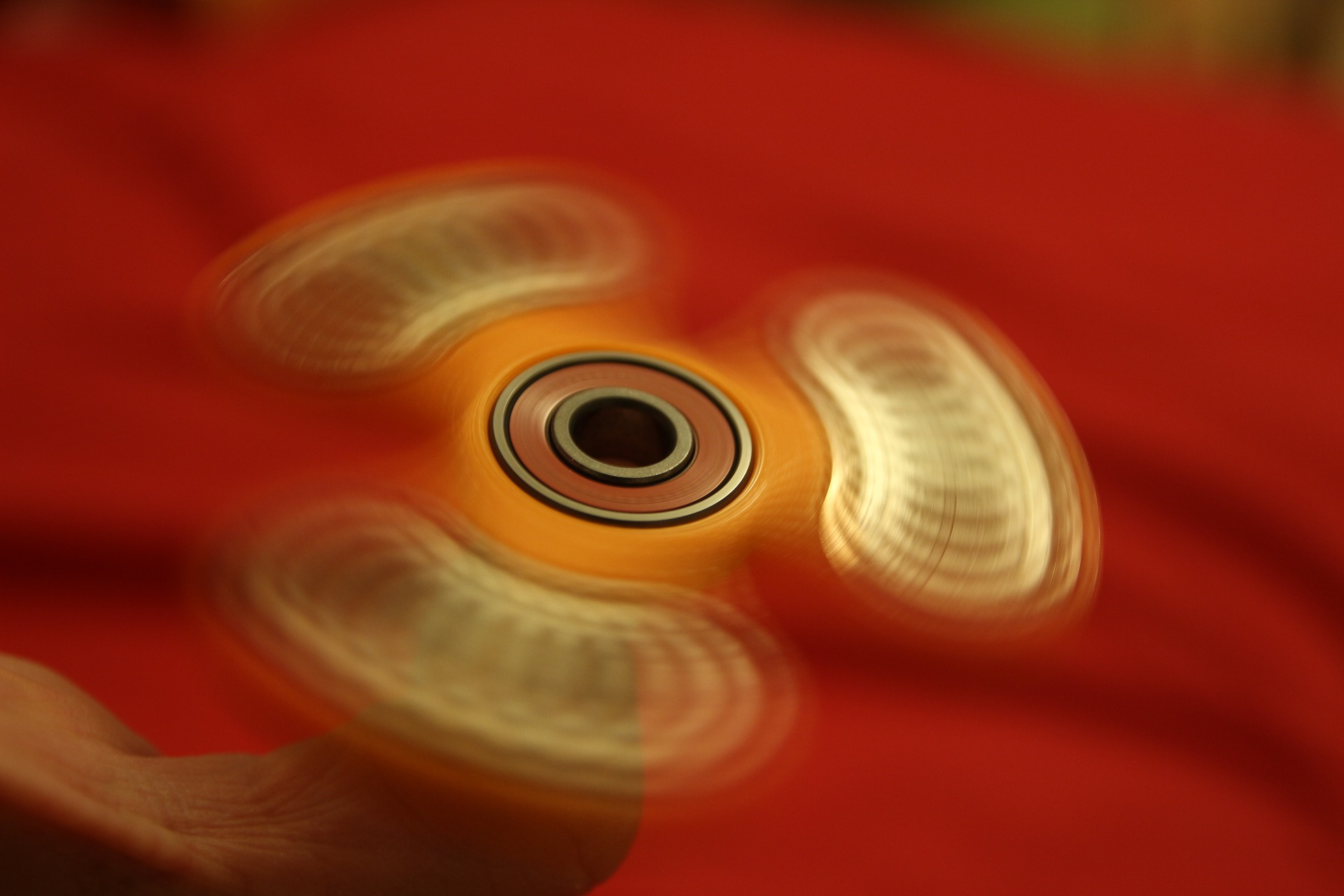 It’s the most popular toy of 2017. Fidget spinners are being compared to Furbies, Tickle Me Elmo, even the hula hoop. If you’re a parent and your child hasn’t yet asked for one…just wait.

A few days ago, my dad e-mailed me an article about the current phenomenon that is the fidget spinner. “I see a lot of these in the future,” he said. I wrote back, “We had all this stuff before it was cool.”

On back-to-school night last fall, I navigated my way to my son’s desk in the back of his second-grade classroom amid a sea of other parents and one or two of his classmates. As I found his desk and sat down, a little girl made her way over to me. She sized me up for a moment or two, then pointed to his name badge on the desk and asked, “Are you his mom?”

I answered that I was.

“Is he going to be here tonight?” she continued.

I said that he was not.

She paused for another moment, a question clearly working its way around in her mind. I wondered if she was going to ask me something about my son, and I waited, trying to convey an expression both gentle and accepting to let her know it was okay to ask me questions about my child.

Finally she said, all in a rush, “Can I play with his stuff?”

I laughed. Of course, I told her. After all, who wouldn’t want to play with his stuff? At his desk my son has a chair that rocks, another chair that spins, an entire box of “fidget toys” that stretch and bend and spring, toys to calm and focus and soothe and—well, fidget.

For him, they’re necessary aides to help him self-regulate throughout the school day. But they sure do look like fun.

My newfound small friend sat next to me for the remainder of back-to-school night, alternately playing with my son’s fidgets and doing multiplication problems on loose paper with a crayon.

I didn’t deliberately connect the dots. But the next day, or perhaps the day after that, she and my son did. Perhaps having some time to play with his fidgets made her more open to learning something about him—learning that, despite their apparent differences, they had a point of connection. They’ve gone on throughout this school year to become friends.

When the fidget spinner first started out on its meteoric rise, I thought, how cool. Something that was originally the primary province of the “special needs” community has gone mainstream—and with it, perhaps, the ability for more children to find points of connection with children like my son.

“I am the only person in my entire grade who doesn’t have a fidget spinner,” my son announced the other day when he got home from school.

“Ironic much?” I said. He laughed.

For the record, my son says he doesn’t get the appeal of the fidget spinner. He finds the fidget cube far more useful and interesting, and has been extolling its superior virtues to his fidget-spinning classmates.

Maybe the fidget cube will take off next. Who knows? In the meantime, I think of the thousands of fidget spinners out there, whirling away in children’s hands, tiny little ambassadors from our world to theirs.

One thought on “Why the Fidget Spinner Gives Me Hope”