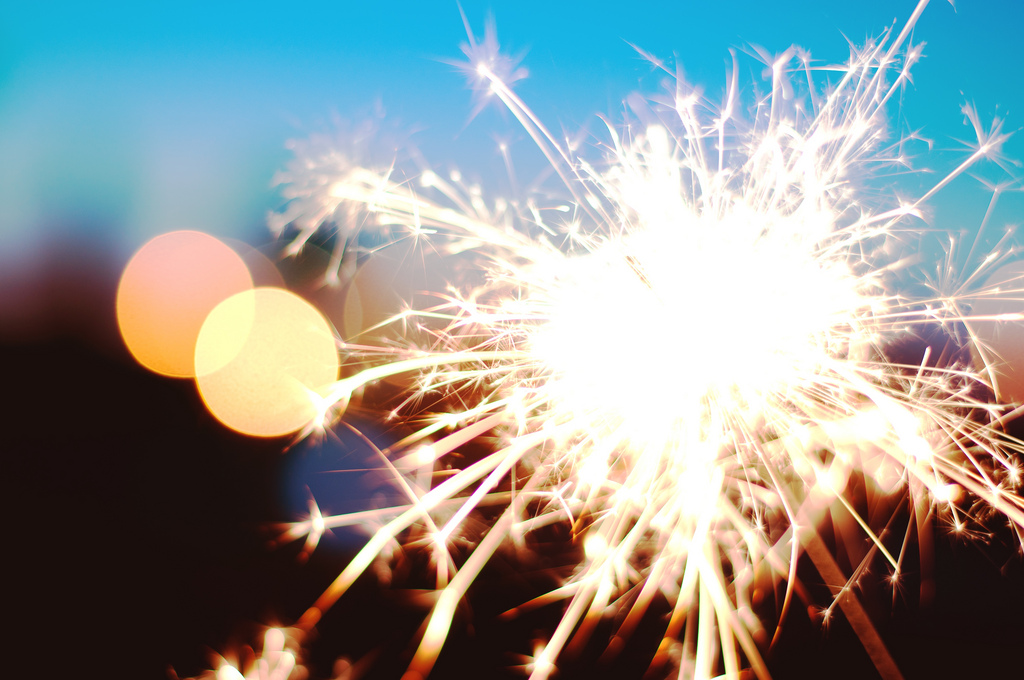 Who inspires you? When was the last time you let your imagination run wild? What gets your creative juices flowing? Over the past few years, I’ve been so removed from these questions. My life has been an endless cycle of tasks and meetings and planning for the future. Ironically, I’ve been planning for something that I’m not even sure I want anymore. One thing has become very clear – in the midst of all of my to-dos, I’ve lost sight of what inspires me.

My focus for 2016 is to embrace my creative life by practicing curiosity, living with passion, taking risks and loving out loud. This focus has helped me center myself and make decisions that aid me in reconnecting with the divine spark that I believe God bestows upon each of us.This past week, two things happened that have reminded me of the importance of being the person who God has created me to be.

April 21, 2016 will be a day I won’t soon forget. At 57 years of age and after countless awards, concerts, albums and numerous other creations, Prince died. I have never been as impacted by the death of an artist as I have by this one. I don’t know if I’m getting older and therefore the reality that death is inevitable is more tangible, or if it’s something else. I had heard of his giving heart over the years and that he gave anonymously because he didn’t want the recognition. When the news broke of his passing, I was incredulous. I, like so many others around the world, reminisced on his life and his body of work. I grieved and felt a deep pain as if I experienced this loss personally. As I listened to stories and heard of his commitment to his faith and his community, I realized that we lost someone who made this world a better place. One thing continues to stick out to me – Prince was a person who not only recognized, but also embodied a truth that many of us never come to fully believe. He understood his purpose.

Two days later, Beyoncé released Lemonade. As a die-hard fan, I was ready to watch the album in its entirety the night it premiered. As the time drew near for the visual album to be released, I prepared myself to be blown away. I was not only blown away…Life poured into me. Out of her lived experience, which included deep joy and deep pain, Beyoncé created a visual and audio masterpiece that showcased her growth and evolution as a black woman artist. While the foreground of this album was her relationship, the background was her ancestry and an exploration of emotions that revealed a deeply embedded need to be seen, to be heard and to be loved. This type of expression is often frowned upon and flies in the face of the super strong black woman narrative. Beyoncé did something that many of us are warned against doing – she aired her dirty laundry in a very public way. In that hour I felt as though someone had peered into my soul and mirrored back to me a version of myself that I’ve been hiding. If Prince’s death plunged me into despair, Beyoncé’s album resurrected me.

I’m someone who was formed with an understanding of vocation that is described by Frederick Buechner: “The place God calls you is the place where your deep passions meet the world’s deep needs.” For much of my adult life, I’ve operated with this quote as a guiding paradigm for my call and the way that I show up in this life. However, recently my understanding of vocation has shifted and is described more accurately by this quote by Howard Thurman: “Don’t ask what the world needs. Ask what makes you come alive, and go do it. Because what the world needs is people who have come alive.” This is what Prince and Beyoncé have done – they have figured out what makes them come alive and in doing so, they have enlivened the world around them.

This may seem overly simplistic or even a bit far reaching. I know that we aren’t all created to attain super star status. I’m clear that my gifts of creation are not in the musical realm but I believe the these artists model something that the rest of us can learn from. They take risks boldly and they put their vision of life into world for all to see.

I’ve had this nagging feeling that I have not been living into my God given purpose and embodying the creative gifts that God has bestowed upon me. The death of Prince and the new music by Beyoncé have caused me to consider how I’m being called to embrace my creative life. I want to figure out what makes me come alive because I believe that doing so will put me back in touch with the God of creation who has crafted me in the divine image and has gifted me to co-create.

What makes you come alive?

Fog rolled in last summer, hovering outside my window above END_OF_DOCUMENT_TOKEN_TO_BE_REPLACED

Rozella White
Writer and Speaker at Rozella Haydee White
Rozella Haydée is my name. It comes from both my grandmothers, women of faith, who sacrificed greatly for their families. One was the great-granddaughter of slaves, who despite hardships remains steadfast, upbeat, and gives LOVE. The other, an immigrant with roots in three countries, was an artist committed to lifelong education and cultural diversity. I was granted my Master of Arts in Religion degree from the Lutheran Theological Seminary at Philadelphia, and have helped found the Generational Care Consulting Group which provides organizational support and compassionate care to positively impact current and future generations. I am a writer and I blog about my experience with depression as a young black woman of faith and my journey to develop radical self-love at
Embracing My Shadow. I am also a columnist at ShePreaches Magazine, an online resource for young African-American women in ministry.

Sitting with Jesus at Sex Camp

7 thoughts on “Embrace Your Creative Vocation”