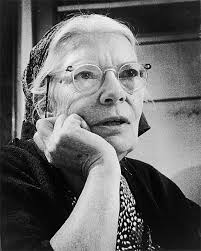 “Don’t worry about being effective. Just concentrate on being faithful to the truth.”

I heard about Dorothy Day years ago, when I was a young radical. She was an advocate for women’s rights before American women had the vote. She was arrested and went on a hunger strike. She advocated for the poor, the homeless and immigrants. She lived poor among the poor. She was fearless and outspoken. She wrote for radical newspapers at a time when nice girls from middle-class households were expected to be quiet, get married, and have children.

I was a young woman from a rural working-class family. Television and a high school education introduced me to a wider world. I couldn’t wait to leave home, and eventually got out of an isolated community when I was seventeen years old. I soon took off for Colorado to camp out in the mountains, headed back to coastal New England, had two children, and lived what could be described as a hippie lifestyle in communal houses, traveling a lot, getting back to the land. This all got tedious within a few years. We weren’t realizing any of our ideals. Hippie and counter-culture life had devolved into lassitude and grumbling about the oppression of having to work for a living. The mainstream public had already bought all of the rainbow candles, macrame plant hangers and tie-dyed t-shirts they wanted. Post-1970s hippiedom fell apart. We all went on to other things.

I was ready to be more than an ornament.

I was drawn into a profound, deep faith in God. Despite the role my church played in the dominant culture, I took the scholarship and history and found a new kind of counter culturalism, based on the way of Jesus Christ. Out of a sense of adventure and motivated by the curiosity that had led me to travel, sail, and climb mountains, I entered into meditative prayer as if I was going someplace new. The country of the soul was unexplored territory.

I read St. Teresa of Avila, C.S. Lewis and Thomas Merton, the usual suspects. I read the Bible, once again, with a new viewpoint, from higher up the mountain. I had been led through Bible reading as a child and teenager, in a traditional Baptist church. We made frequent stops for exposition, the conservative teaching of the most dour of Reformers. And it isn’t that Teresa, Jack, and Tom contradicted the strictures and self-denial I had been taught. They gave me better, greater, more noble reasons.

After reading Interior Castle, I began to look for more women writers in theology and activism. I had spent a decade under an oppression of conformity, tied to an on and off relationship with an ambitious man. I was ready to be more than an ornament, a prize, a woman made over into a shell of womanhood. I was not going to be an echo of a man’s desires.

Dorothy Day’s The Long Loneliness came back into my life. Her early adulthood reflected much of mine. Radicalism, relationships that offended convention: I had moved in the same direction. I was inspired by her devotion to causes of equality, and her immersion in Roman Catholicism as an expression of the commonality of the working class.

“I felt that the Church was the Church of the poor . . . but at the same time, I felt that it did not set its face against a social order which made so much charity in the present sense of the word necessary. I felt that charity was a word to choke over. Who wanted charity? And it was not just human pride but a strong sense of man’s dignity and worth, and what was due to him in justice, that made me resent, rather than feel proud of so mighty a sum total of Catholic institutions.” ~ Dorothy Day, The Long Loneliness

I should have been more inspired. Unlike Sister Dorothy, I could be remarkably swayed by the ambitions and opinions of others, despite the early negative experiences. I was still looking for that perfect relationship, where I would be myself while being with someone I loved. Each time I accidentally fell into the orbit of someone’s goals and dreams, I would rediscover Dorothy’s life and work. I would get the backbone from her to move on, working always toward being the person God meant me to be.

The counter-cultural revolution of the 1960s and 1970s that liberated us from the relationship conventions of our parents and grandparents failed in one big way. It didn’t liberate us from our attitudes of dependence.

Friends and I have recently talked about how the sexual revolution, in many ways, was misogynistic and exploitative of young women. While we may have been freed from expectations of virginity and marriage roles, we weren’t freed from STDs and unexpected pregnancy. The cost of free love was the price of birth control and antibiotics.

Dorothy Day’s radical group had left the legal aspects of marriage and societal norms, as well, and the price they paid was out-of-wedlock births or illegal abortions, as well as the very high health cost of sexually transmitted infections for which there weren’t effective antibiotics. Day’s choice, after she parted from the father of her daughter, Tamar, was to remain single. She immersed herself in faith and justice.

I like the photos of her in her mature years, wearing some plain dress, sensible oxfords and a bandana or straw hat. She was remarkably unpretentious for a woman who had been a Pre-Raphaelite beauty in her youth. When I get too concerned about appearance, I think of Sister Dorothy in a dress that my great-grandmother might have worn, her hair bobby-pinned back under a simple scarf.

Day is best known as one of the founders of the Catholic Worker Movement, which formed cooperative housing projects, took in the homeless, and distributed copies of their publications. Usually in under-privileged neighborhoods, the CW houses faced many challenges—poverty, lack of services, crime, harassment. The Movement has lasted from the 1930s to now, however, with young and old volunteers working on issues of immigration, peace and disarmament. In places the houses became shelters, soup kitchens, clinics, daycare centers. Others closed as expenses climbed beyond their resources.

The deep mysticism of Dorothy Day, saint and sister, brought her to see Jesus Christ in the poor, in the immigrant, in the isolated, in the victims of discrimination and hatred, in the homeless and the dying. She said, “I’m not a liberal, I’m a radical.” Yet her great devotion and her work won over skeptics in the Catholic Church; her beatification came quickly.

Dorothy Day is more than my role model and inspiration. She is my sister saint. God calls us to follow the path she blazed so brilliantly.

“Don’t call me a saint. I don’t want to be dismissed so easily. ”

Julie Armstrong
Episcopal Director at www.theyoke.org
Mother Julia is from the northern reaches of Maine. She attended Georgetown University in Washington DC and has an M.Div. from Bangor Theological Seminary. She serves the YOKE as Mother and episcopal director. The YOKE is an international ministry publishing a quarterly journal as well as other online publications, while supporting mission throughout the world
Latest posts by Julie Armstrong (see all)

One thought on “Dorothy Day: Saint with Thorns”