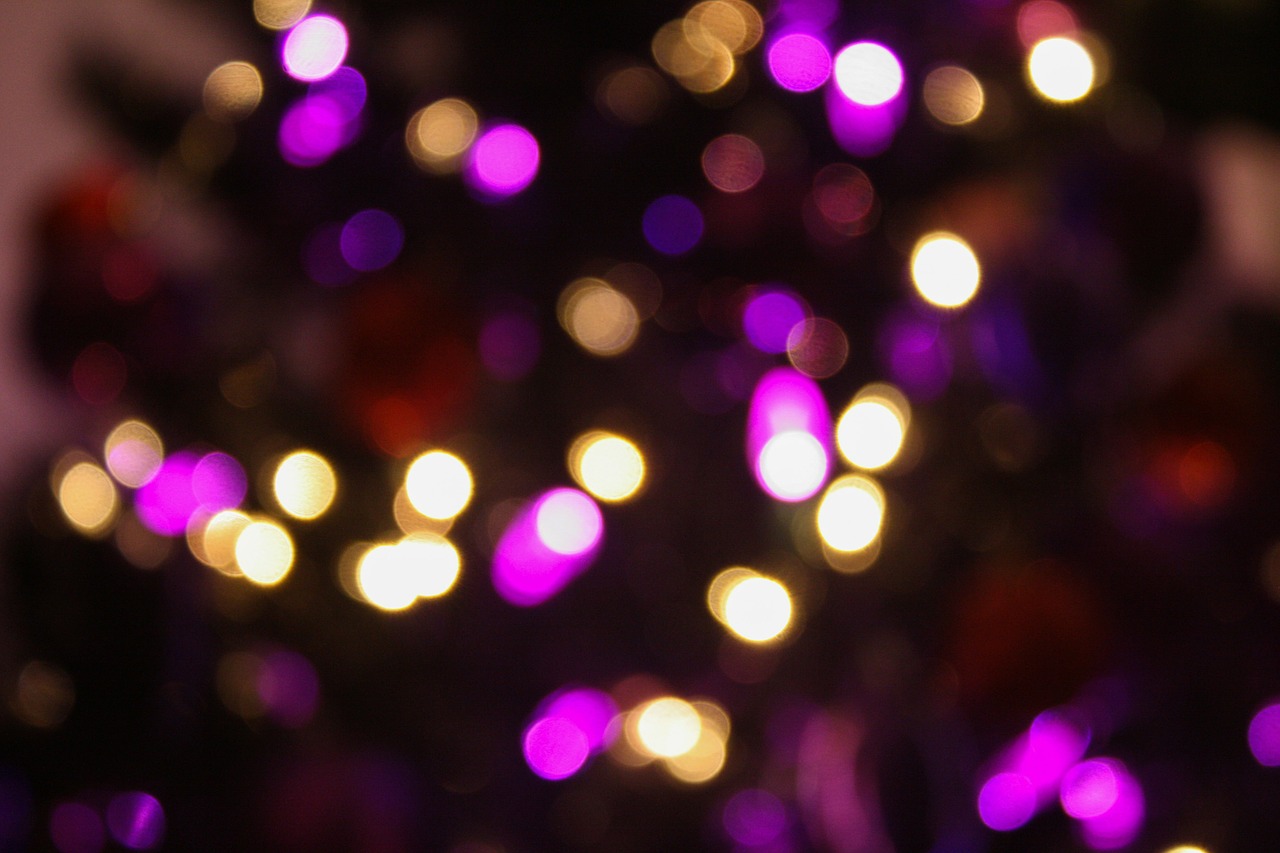 I stare into the gleaming white lights of the Christmas tree until they blur together and dance across my vision, that tree adorned with symbols of peace and hope:

The star that lights the way to the one who delivers. The angel that sings of peace on earth. The manger that holds the hope of the world inside.

We love to sing and ponder the wonder of this time of year, to hold the beauty of a silent night close to our hearts.

But so often our hearts are anything but at peace as the holiday draws near and the flickering lights mock us. Hope seems out of reach and a silent night is all but a story in a children’s book that we can’t imagine being our reality.

What then? Does Christmas offer anything when all is not calm and bright?

So much unknown darkens the heart of Christmas for me this year. The gloom of declining health of family members casts a shadow over celebration. The grief of a life in transition and the uncertainty of what lies ahead in the coming months hangs over all our festivities. The never-ending parade of duties overshadows the sacred Advent call to waiting and expecting.

And that’s just my tiny little world. I can’t even begin to name the darkness that threatens to overtake so many people this season — the fear of what is to come in our divided nation, the death raining down on a city under siege across the world tonight, the bombs claiming more and more lives each day.

As darkness threatens to close in, I sit in the quiet where tiny dots of light are piercing the night. It’s here in the dancing shadows cast down by the sparkling evergreen reminder of hope that I realize this: peace comes with a cost.

I think about the land the Word became flesh in all those years ago, the people Christ came to when He became a babe. The Israelites had a history of wanting redemption without the cost. So do I.

The children of Israel wanted rescue from slavery but not at the cost of wandering, of hunger and walking into the unknown. When God set them free at the cost of trusting Him for the next moment, they cried out for the comfort of their old bondage.

I too want rescue from my slavery but not at the cost of letting go of my comfort.

The people God had chosen to be His own out of all nations wanted the land of their redemption but not at the cost of fighting the giants, of battling the unknown enemy. When God offered them a land flowing with milk and honey at the cost of defeating those who occupied it, they cried out for an easier way.

I too want all of the broken, painful things in this world restored but not at the cost of the struggle He asks me to enter into in order to bring His Kingdom to earth.

The nation God set apart from all others desired deliverance from all their pains ­but not at the cost of waiting for an unknown Messiah to bring hope. When God brought them a king at the cost of their systems and rules, they beat and killed the one sent to deliver them.

I too want deliverance from the aches of this life but not at the cost of letting Him rule over all of me, letting go of my own illusion of control.

Knowing His peace means letting go and trusting Him, whatever the cost to myself. When it doesn’t make sense. When I don’t know the way. When I can’t see the plan.

The lights of the tree shift and come into focus before me, that tree adorned with symbols of peace and hope:

The star that lights the way to the one who delivers—We must follow the light. We must walk into the way that isn’t known to us.

The angel that sings of peace on earth—We must join the chorus, raise our voices in the battle for the peace. We cry out for justice and help it come to earth.

The manger that holds the hope of the world inside—We must kneel before the king, and lay down all our rights if we are going to take hold of the hope that is offered there.

I turn to go to bed but I leave the Christmas lights burning in the dark night, a beacon of light calling out for the Prince of Peace to come, for the Hope of the world to appear.  As I turn to go, I ask God to help me count the cost of peace.

The Winding Paths That Lead Us Home