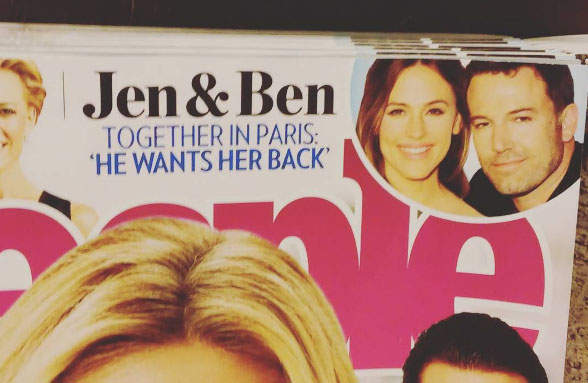 I saw a headline this week while I was standing in line at the bookstore and my heart froze. “Jen & Ben. Together in Paris: He Wants Her Back”. Was this true? It was on the cover of People, the most reputable celebrity magazine, so it has to be true, right?

I came home and read a few articles, hoping to glean bits of truth from the anonymous sources. Is she pregnant, is she not, are they just co-parenting, are they in love?

Back in the day, I used to be celebrity-obsessed. My first websites I made in high school – on Geocities and Angelfire – were about Leonardo DiCaprio and Prince William. I thought outgrew a lot of it. I know they are just people living their lives and doing their thing.

But then I took a quick trip to Los Angeles 3 years ago and got to spend the whole day by myself. I pretty much lost my soul. I spent a good hour at a counter, with my camera out, waiting for a 60 second scene being shot for New Girl. I mean, I got it, and it was the coolest thing ever, but still. 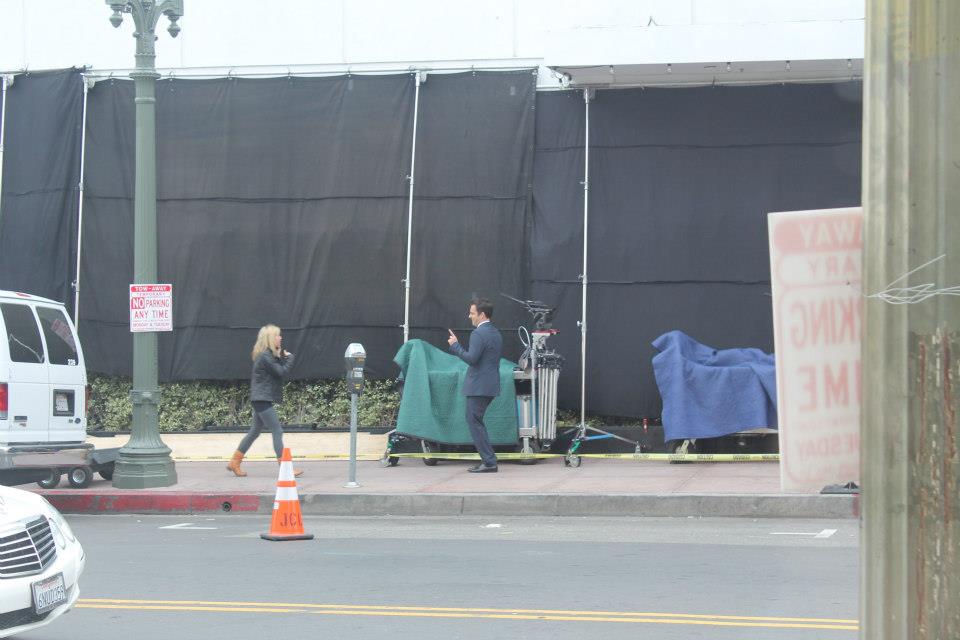 Apparently, I haven’t outgrown all of it. And when it comes to caring about Ben and Jen, I know I’m not alone. I know this because one day in June last year I had a status that said NOOOOOOOOOOOOO. And everyone knew what I was talking about!! Because we all wanted them to be the couple that makes it. (Speaking of which, I also saw a magazine that has a cover story with Tom Hanks and Rita Wilson about their marriage and faith that looked good. But I didn’t buy it. See, progress!)

There’s something about celebrity that captures our imagination. If only I had all the money in the world, I could be happy, be in love, be popular. Stories like these can be voyeuristic, sure. But I also think they can be a way of humanizing people so often objectified and consumed thoughtlessly.

I think there is something in us that yearns for restoration and renewal of relationships. Somehow we’re wired for hope. We want to hope that amidst the business and power and sexism of Hollywood that there is some good. That there can be normal families, and like Jennifer said, a real marriage. We want there to be restoration. Whether or not that’s feasible, we want it. We all know places where separation and divorce have taken place and for a lot of people, it’s been the best option, the most healing thing. But we want Ben and Jen back together, and for Ben to shape up and be good enough for her. We want a happy ending, proof that love and hard work can work.

And I think we want to believe – or at least, I do – that people who have everything can still be like us. That in a culture as notorious as Hollywood, people can still be good and normal and find happiness and love.

And I know that our happiness and the successes of our relationships don’t hinge on the success of Ben and Jen.

I want them back together.

Fog rolled in last summer, hovering outside my window above END_OF_DOCUMENT_TOKEN_TO_BE_REPLACED

4 thoughts on “Celebrities, Marriages, and Hope”