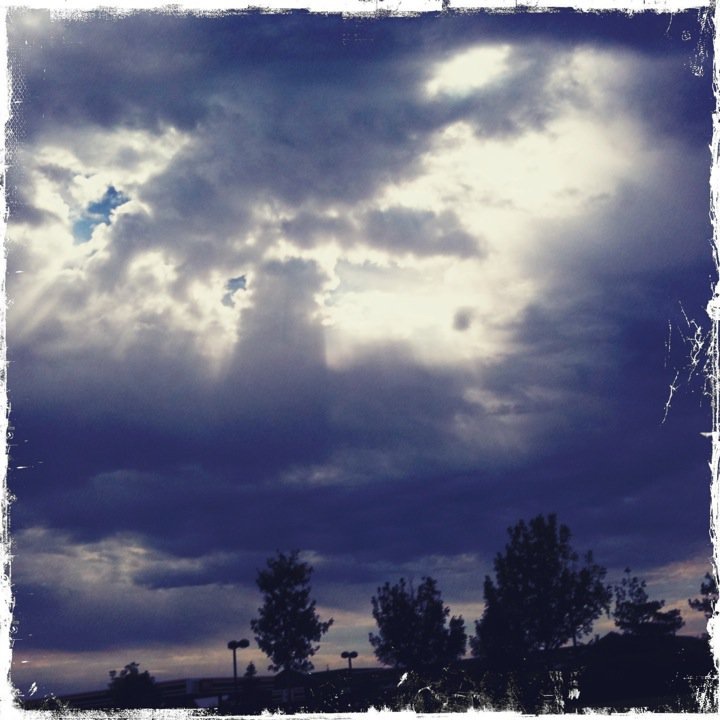 I was fiercely fighting in forcing myself to stay.

To be the “bigger person” and rise to the occasion.

But after nine months, I just couldn’t do it anymore.

I had to break free.

And I was terrified it would be anything but a clean break.

Tears flowed by the buckets that weekend, all because of my fear in breaking away. Of being sliced by the jagged edges of a messy break. I tried to negotiate myself out of the choice I knew deep down I had to put feet to.

Working at church is not all glam. If you want to know the guts of a church, work as full-time staff. Because that’s where reality is at. That’s where you see the abundance of integrity or the severe lack of it.

In 2008, my husband and I were on staff at a large church, and after he landed himself in jail, I was temporarily thrown into living like a single mom. For the following nine months, I sucked it up and continued working with people who were hurt and mad as hell at him.

I had become the red-headed stepchild. I was a daily reminder to them of how this church temporarily had been tainted in a very public way. I was a stain. A problem to fix. I was to be engaged with at a distance regardless of the weight from all that I was processing with my husband’s choices and his arrest.

I wanted to create the cleanest break possible while keeping my integrity intact.

Looking back, I know they were doing the best they could at the time. But that didn’t negate how heartbreaking it was to hear classic church clichés from their mouths on Sundays, then behind closed doors experience anything but what they were speaking of.

After a very backhanded plan to move me into another area, I started thinking about why I was staying. There was no joy in the work any longer.

No one was in my corner. And much of my respect for leaders and the church was gone.

I needed to break away, but I didn’t want it to be messy. I wanted to create the cleanest break possible while keeping my integrity intact.

When I finally decided to start drafting my resignation letter and fully accepted the potential tidal wave of mess that would come with it, I realized sometimes people don’t need to know all the details of why you are making a break.

Some don’t have the right to all of your heart space.

Even if they are a church. Even if they did the best they could within their limits of staying in some sort of a relationship with me. They didn’t have the right to the entirety of my truth.

I tend to be loyal like Beyoncé, Monica Geller and Anna Bates. While shaking, I crafted my letter to leave a job that I never saw myself leaving.

So I was in for the long haul–or so I thought.

I decided these people just needed to know a slice of my truth. I was going to create my own clean break. I shared in my letter how I wanted to be home with my two little men, do the stay-at-home mom thing. Which was part of my reason for leaving.

But the other parts were the stink of religion I could no longer protect my nose and heart from, the exhaustion and heartsickness over their manipulation, the lack of integrity running rampant and how what was spoken on stage was not reality Sunday afternoon through Saturday.

The break ended up being very clean. I was able to leave on my own terms on a month’s notice. I was able to show respect and dignity to them and myself while making the clean break to my next adventure.

This is the first time I have shared about this clean break in depth because I never want to harm anyone with my story. But thanks to Anne Lamott, I’ve learned people have a choice in how they choose to show up in the weaving of my story. And to ignore this piece of my story in how I learned to create my own clean breaks in the middle of such chaos and toxicity judges my truth when it should be embraced with acceptance and celebration.

Sometimes we have to create our own clean breaks.

Sometimes clean breaks are not contingent on others, but on us and how we choose to unfold our truth.

I did not have any idea what to expect. END_OF_DOCUMENT_TOKEN_TO_BE_REPLACED

Karen Hammons
Community Cultivator/Founder at The Offender's Wife
Living a ruckus of a story. And wild about you.