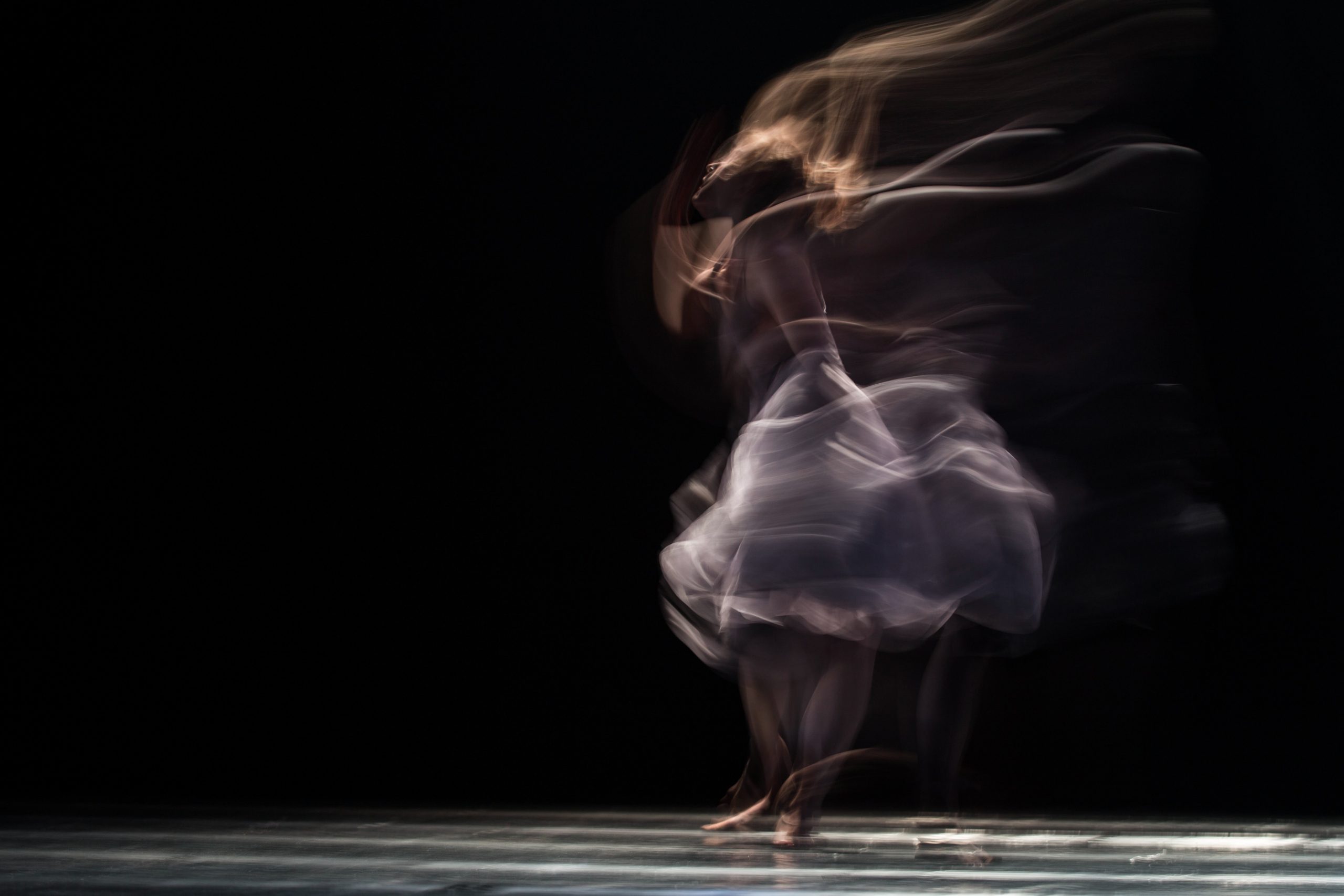 Her intense gaze met mine, or so I believed. When she turned toward the audience the feathers of her tail responded in a dance of their own, winding around her slender form. She wasn’t a ballet dancer on a stage; she was the exotic bird, emerging from her cage to capture my imagination. Time ceased to be and nothing else existed but us, as something deep inside me stirred into movement while she danced.

From the moment I sat in front of the TV screen, enraptured by the peacock performing the Arabian Dance in the Pacific Northwest Ballet’s version of The Nutcracker, I begged my mom to let me take dance classes. I was only three and she figured I’d lose interest quickly; she was wrong. Dance filled my world and defined who I was. By the time I was in middle school, I was dancing five days a week and planning a professional dance career.

As a teen when I would bandage aching blisters or lose yet another toenail, my father would ask me why I continued to dance. If I complained, he would tell me I should quit. The years of endless classes, the aching muscles, the feet wrecked from pointe shoes—none of it mattered. I battled my body into submission to ballet. I kept chasing after the feeling I had as a little girl watching the exquisite ballerina. I wanted to capture that feeling again, to become what she was.

My winding journey with dance could fill a book. I lost hope in my dream and quit for a while, only to find myself weeping outside a ballet studio shortly after beginning college. I came running back to my first love, changing my major to pursue dance full-time. I kept fighting for the dream despite professors’ lack of belief in me, and traditional wisdom that said a career in dance was not a sustainable life. Every now and then I would glimpse a kind of transcendence: that fleeting moment on stage when a series of memorized steps becomes a moment when the rhythm flows within and through you. I didn’t end up pursuing that career; God took me in other directions, but the love never kept chasing me down.

My body knows the movements my mind can no longer name. It’s been years since I’ve taken a class but the patterns have been etched like deep grooves into my muscle memory. I can still go through the motions of a complete ballet class on days I can’t seem to call my children by the right name. The notes of a song will take me over and I can’t help but move with the music. It reminds me that I will never stop belonging to the dance; it is part of who I am.

Under the Christmas tree, I found the tiny book with golden-edged pages. My mom had sewn a lacy cloth cover to protect its delicate binding. Like I begged for ballet shoes, I begged for a Bible. I thought the answers to what I was searching for would lie inside. It became my icon, a symbol of a Jesus I wanted but didn’t understand. I longed to feel closeness with God and poured over the pages. No answers came.

I can’t explain the hunger I had for God early in life except to say that it was something borne in me. It wasn’t something I learned as a child. I have more vivid memories of hide-and-seek and MTV than I do of the church. I vaguely remember flannel graphs, Oreos, and tiny cups of juice the few times I attended Sunday school as a child. Yet it felt like there was something drawing me to this Jesus I heard and read snatches of stories about.

I don’t remember actually making the choice to go to the back of the room to pray with someone the first time I attended a youth group meeting with friends. The magnetism of the God I had been searching for drew me in, and I was hooked. I met Jesus that night, instead of only glimpsing him from afar.

I threw myself full-force into all the right moves. I memorized them like the exercises of the ballet barre. I learned the routines of a Jesus follower, giving myself to the tutelage of those who could tell me more about him.

As a teen, I fought against my own family who didn’t understand the changes in me or my obsession with the right beliefs that I deemed them not to possess. If I complained about the pain I felt being divided between family, church, and the promised abundant life I couldn’t quite grasp—wouldn’t it all be proof that it was a sham and I should just quit it all? So I shoved down any doubts and followed the rules. I battled my soul into submission to the disciplines. I kept chasing after the feeling that night I met Jesus, that sublime peace that told me I’d found my home.

My winding journey with God could fill a book. I lost hope in the church having the answer and ran from Jesus for a while, only to find myself always returning. I came running back to my first love. I kept fighting for the truth I knew had to exist despite the ways we’d twisted it and warped it in our pursuit of building a God in our own image.

My pursuit of God took me far and wide and to the depths of my own soul. I gained an understanding of my own faith from learning about the religions of the world, from friends whose vastly different practices informed my own. I’ve found teachers in the early church Fathers and Mothers. I’ve sat under the leadership of monks, priests, and pastors on four continents.

I dive into books on contemplation and theology, social justice and church history. I embrace the mystery, accept that there’s more about God we’ll never know than the tiny bit we can grasp. I fall deeper in love with the One who reveals himself in imagination and creativity, not in steps that must be internalized.

The dance has changed, the movements shifted. I’ve realized the steps aren’t fixed, don’t have to follow a set pattern only known by a few. The whole world moves to the rhythm of God flowing through it and we can sway along with the beat. When I am still long enough to listen, the notes of the song will stir something deep inside me and I can’t help but move with the music. It reminds me that I will never stop belonging to him; it is part of who I am.

I did not have any idea what to expect. END_OF_DOCUMENT_TOKEN_TO_BE_REPLACED