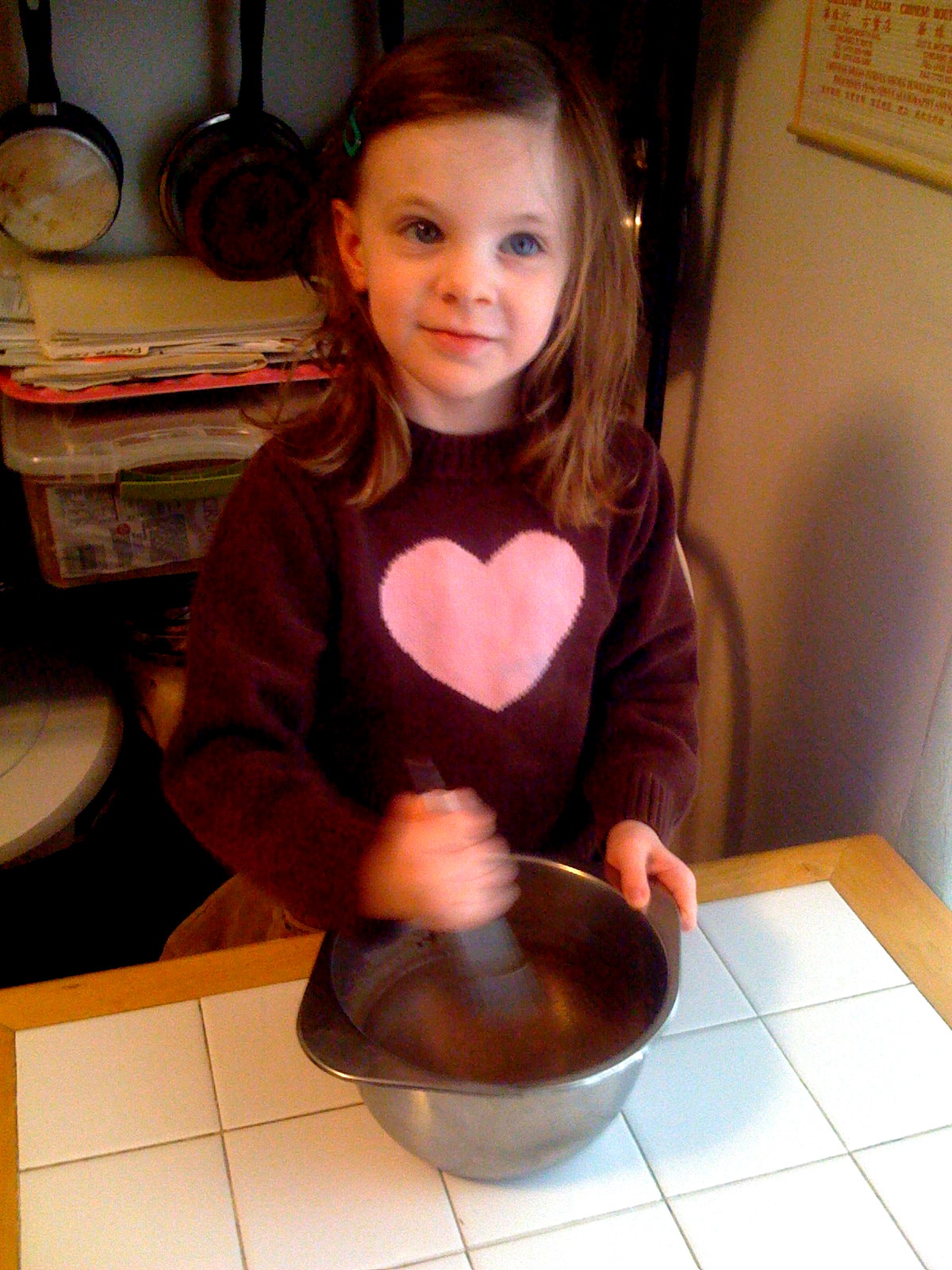 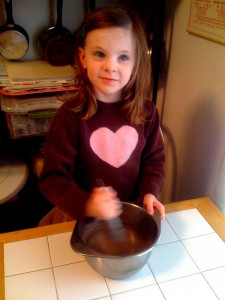 When Phoenix started walking she pretty much just skipped the “find your feet” part and just went into full-scale running. She would run with this awkward gait, her hands flung out at her side, her head pushed out as far as it could go, and she would sprint on her toes. She did nothing halfway. The child was a blur. She was hard to keep up with. She was hard to keep down, as in sitting or lying. She would scamper frantically around any room she was in, touching everything she could, precariously picking up objects that needed closer inspection, opening drawers, doors, cabinets. A friend’s son dubbed her “Hurricane Phoenix.”
None of us were sleeping well. Her explosive outbursts were draining and frightening. We couldn’t taker her out to dinner or to a friend’s house or enjoy play dates. She was fearless and would run up to strangers and huge dogs and chase butterflies into the street. Her play was too rough, she would run away, she would fixate on an object, and if it wasn’t hers, you’d have to forcibly pry it from her hands as she was writhing and bucking. We used to joke about how the only predictable thing about Phoenix was that she was unpredictable.
When she was a little over two it was suggested to us that we get her into Early Intervention. We happily made the appointment. Maybe someone could explain to us why her tantrums were so much longer and more intense than other toddlers her age, or why she has night terrors, trouble sleeping, difficulty listening to direction, or looking people in the eyes. Why she backs into you for a hug or crashes into people or walls or the floor during play. Why she would wander around alone, drifting here and there, exploring her environs, touching all the things she wasn’t supposed to, while ignoring her peers and adults. 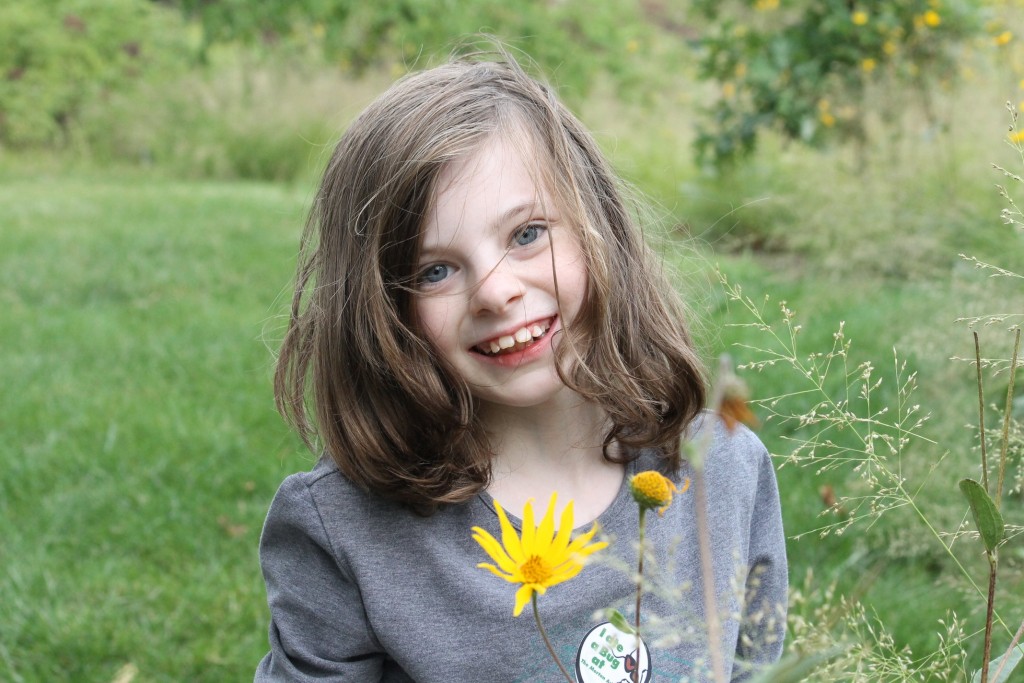 We had Phoenix evaluated. Typically you’d never want your child to fail a test, but I was praying she would fail this one. Not fail, exactly, but be seen as needing more support and maybe a diagnosis. It worked. She fell below the score by three measly points, but it was enough. At two and a half she came out of there with a diagnosis of ADHD, Sensory Processing Disorder, and an IEP. Normally a parent would not be overjoyed to receive news of this sort, but we were. We had a name for it. We could explain her behavior. We were going to get help.
We were already so aware of her differences, already experiencing the awkwardness of tense, embarrassing interactions with other children, other parents. The diagnosis was a relief, it gave shape and definition to this specter of a nebulous “wrongness” that haunted us. We were already grieving the loss of not having a “typical” child.
She qualified for Early Intervention so we found her a preschool, it was Montessori. We thought his would be perfect for her, she could explore all the stations, get all the tactile input she needed, be surrounded by color and texture and shape. She could build, manipulate, sort, and match all the things.
It lasted two and a half months. Her exploring had too much to do with creating and too little to do with cleaning, so she was banned from certain stations. She was too many things in this class, for this teacher five years out from retirement, too fast, too messy, too oblivious, too explosive, too recalcitrant. The teacher grew tired of imploring her to slow down, pick up, put away, be quiet, stay still. I was informed the only way Phoenix could stay in the classroom with the colors, and the textures, and the materials was if I stayed in the classroom with Phoenix.
That ultimatum did not work for us, so we took her out of that preschool and kept her home through the holidays and into the new year. We got a call from a local preschool that a space had opened up for Phoenix. This one had been our first choice for her. The Kaleidoscope Preschool Arts Enrichment Program at The Germantown Settlement Music School, where Albert Einstein served on the board, and such notables as Kevin Bacon, Chubby Checker, and one Sledge sister were trained. 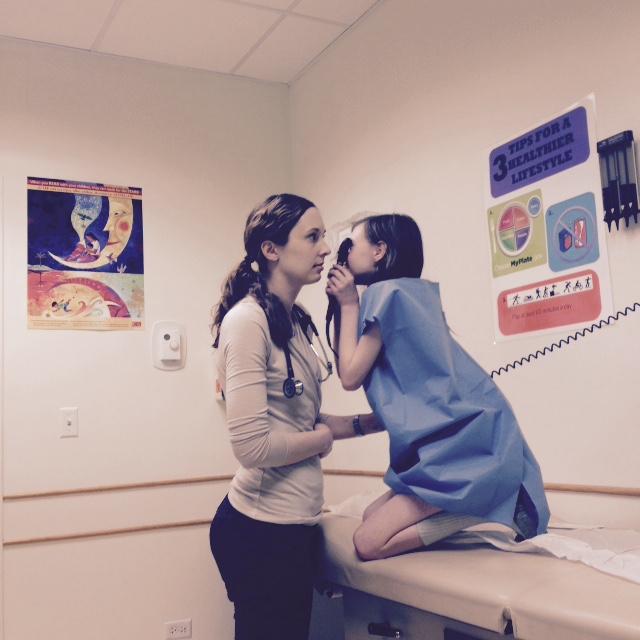 The Settlement Preschool was a godsend, but it wasn’t easy for anyone involved. There were new problems, her constant touching of other students and teachers and janitors, her spitting and kicking when she was made to transition, her getting separated from her class and wandering the sprawling old building, her slipping through the bars of a fence they thought no child could possibly fit through, and running away through the parking lot, terrifying the teacher who was locked out in the yard and had no cellphone.
She was a storm, this tiny child. She brought with her high winds of energy, random property destruction, the stinging, blinding, unrelenting rain of tantrums, floods of emotion: resistance, refusal, rage.
I would drive to the school in tears, chest heaving with sobs, dreading what I was going to hear about her day, walking up to the third floor as the other kids would be walking down telling me all the bad things Phoenix had done that day, while the moms shushed them and told them to mind their business. Then I would hear all the bad things and drive home crying, hopeless and spent.
I’d put Phoenix in front of the television and climb into my bed to weep, knowing I had no control, no power, and would do this again tomorrow and all the long looming days ahead.
There was three years of this, two for preschool and one for kindergarten. The last year was a longer drive, more time to cry. I would drive from Germantown to Center City, weaving and winding on Kelly Drive, wedged between rock face and river, a challenging drive when your eyes are blinded by tears, but so beautiful, hypnotic.
I had a soundtrack for these dismal drives, and I know it was this music that helped me navigate the wreckage our lives had become, eternal truths contained on scratched discs reflecting prismatic light that kept me from driving into the rock face or the river.
There was Sara Groves who wrote about climbing out of the rubble, brokenness, numbness, and despair: “Just a little while ago I couldn’t feel the power or the hope, I couldn’t cope, I couldn’t feel a thing. I was desperate, broken, laid out, hoping You would come. And I know you’re here and you’re picking up the pieces.”  She assured me I “don’t have to be ashamed, hang my head or shoulder the blame, wondering if my life’s been in vain,” even when every synapse in my brain is clamoring with searing reproach.
Sandra McCracken and Indelible Grace convinced me that when sorrows rise and the waves of trouble roll, there were springs of comfort, a secure hope, a refuge and an anchor for my weary soul.
Isaac Wardell and Bifrost Arts promised me that God would order and provide in the midst of my sorrows and fears, and that he would “repay from His own fullness all He takes away.” They assured me that Jesus would pilot me over life’s tempestuous sea, when fearful breakers roar.
These divinely inspired words carried me through a dark and treacherous season that threatened to destroy me. They were hymns and songs that mourned with me, acknowledged the mess and the ruin, recognized the dangerous assault on my soul, reminded me there was hope and there was God. Even in the terrifying absence of control and power, there was one who had the control and the power and he loved Phoenix and he loved me and he loved our family. He was holding me between the rock face and the river, and he wasn’t letting go.

I did not have any idea what to expect. END_OF_DOCUMENT_TOKEN_TO_BE_REPLACED

21 thoughts on “Between Rock Face and River”