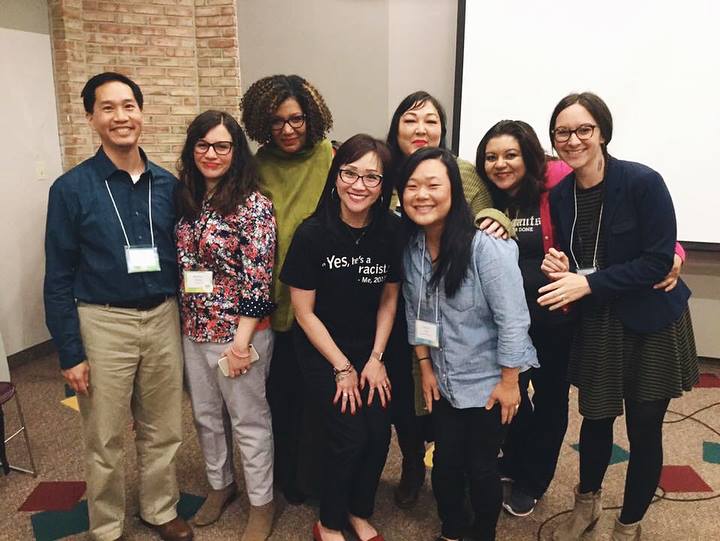 I lived in Central Asia for a few years, and I loved it!  But the weather was cold (think Southern Siberia); the winters were long; I never became fluent in Russian by any means; and there were aspects of the culture I never understood. In fact, I remember feeling incredibly angry and frustrated with myself because I’d written down “ground meat” in Russian but not “ground beef” and, with my limited language skills, I couldn’t communicate to the butcher what I needed. I had to resort to pointing and saying, “Moo! Moo! Moo!” Luckily, cows make the same sound in Russian, and I sauntered away with a half a kilo of ground beef…fifteen minutes after I’d arrived at the market stand.

How could a thirty-year-old woman struggle to complete simple, everyday tasks on her own? Cultural stress is real and can make you feel disoriented, exhausted, and like there’s no safe space in the world you inhabit.

But every once in a while I ran into another American in an unexpected place. I remember taking a twenty-four hour train ride to a city in the far south and serendipitously ended up sharing a train car with an American woman I had never met. Suddenly, I knew I could relax, speak English–no more struggling to communicate–and debrief with her our mutual experiences of living abroad, including all our cultural faux pas.

I felt a tremendous sense of relief. It was like seeing the sun return after a cloudy day–you didn’t even know you’d missed it but you were so happy to see it again. In short, there was a sense of belonging I experienced with her on that train–in the midst of a culture where I always felt like an oddball, or the foreigner that I was. I imagine that many people who have lived overseas can relate to what I’m saying.

Fast-Forward to the Festival of Faith and Writing

I had a similar experience last weekend when I attended my first Festival of Faith and Writing (hereafter, FFW) whenever I was with other writers of color. The FFW itself is an embarrassment of riches–informative writing workshops; inspiring presentations by writers I love and respect; gatherings for spiritual practices; and, best of all, the opportunity to meet writers I’ve admired from afar and now get to talk to (and humiliate myself by fan-girling all over them).

FFW felt like going to see Hamilton, most of the actors are people of color, but the spectators are still all white.

I greatly appreciated the intentional effort on behalf of the FFW coordinators toward diversity and inclusion in the writers, panelists, and speakers they selected and highlighted. I have never seen so much diversity…among presenters.

The truth is (and you already know this if you attended) that it’s not a terribly diverse space in terms of the actual participants. I overheard a writer of color say that there were so many white people there that it felt like a Dave Matthews concert.

I thought it felt more like Hamilton, most of the actors are people of color, but the spectators are still all white. The parallels with that analogy are surprisingly accurate since theater and FFW tickets are expensive enough that many people of color can’t afford them, and they don’t feel welcome in a space they rightfully perceive as catering to white culture. Going means spending a lot of money to assimilate into a white ethos, so we may as well keep enjoying those Hamilton tunes on youtube and following those great writers of color on Twitter and buying their books. Like I said, cultural stress is real, and none of us are looking to add more stress to our lives.

I had an experience at FFW that left me feeling a little rattled and unsettled. I had just finished presenting in a panel with four other people where we talked about writing about race and racism. Several people came up to me and shook my hand; some wanted to talk more. It was encouraging to know so many people care about writing on race well, especially in our current climate.

Among these people was a white woman. She told me how much it had hurt her to hear me talk about white supremacy–that she’s not a white supremacist. She then started crying and complaining, “You don’t love my country…I mean, our country.” (Freudian slip?) This was followed by a demand that I explain where I see white supremacy in our country. When I did so, she immediately refuted every example.

My friend Nathan Roberts came up at that time and also tried to talk to her. He’s white, so I thought she might hear things better from him, but she started crying again. At that point, we had to leave the room to make space for another workshop. I gladly walked away from the encounter. Nathan and I discussed how there’s often nothing you can say or do when faced with white fragility.

I thought about this incident long after it took place. I reflected on how immediately after that panel I was prepared to greet people and talk more about how we as Christian writers can dismantle white supremacy: the books we can read; the people whose leadership we should follow; and the words we should use. Then I was blindsided by this woman who reminded me with her white tears that this space is not safe; that sitting through my panel didn’t mean that she was there to listen or learn; that she didn’t believe my experience as a woman of color; that, in short, I didn’t belong in her country.

People of color often find a home with each other in spaces that feel unwelcoming to who we are.

That’s why my heart leapt for joy when I ran into (sometimes literally) other writers of color at FFW. Suddenly, we were transported to a warm, safe space, not that the space we occupied was necessarily unsafe, but we didn’t know for sure it was safe. But together we understood this experience of being the only ones, of our unique struggles , and of feeling simultaneously tokenized and othered. No words were needed, though there were many. We belong together.

I heard a white panelist say at FFW that in some ways she envied the camaraderie she sees among people of color. I get that from the outside it might look exclusive, but from the inside, that camaraderie is born out of a need for belonging, of finding a home with each other in spaces that feel unwelcoming to who we are.

So how do we make the FFW and spaces like it more welcoming to participants of color? Some of these ideas were discussed at a panel at FFW and some in just random conversations with other writers of color:

I’m grateful to the writers of color who were there–all of you made me feel less alone. With you, I truly know that I belong. And you remind me that there are safe spaces to inhabit, and they are wherever you are present with me.

What are other ways we can make spaces more welcoming for people of color?

I did not have any idea what to expect. END_OF_DOCUMENT_TOKEN_TO_BE_REPLACED

Belonging: Weaving Together the Simple Threads of a Beautiful Tapestry