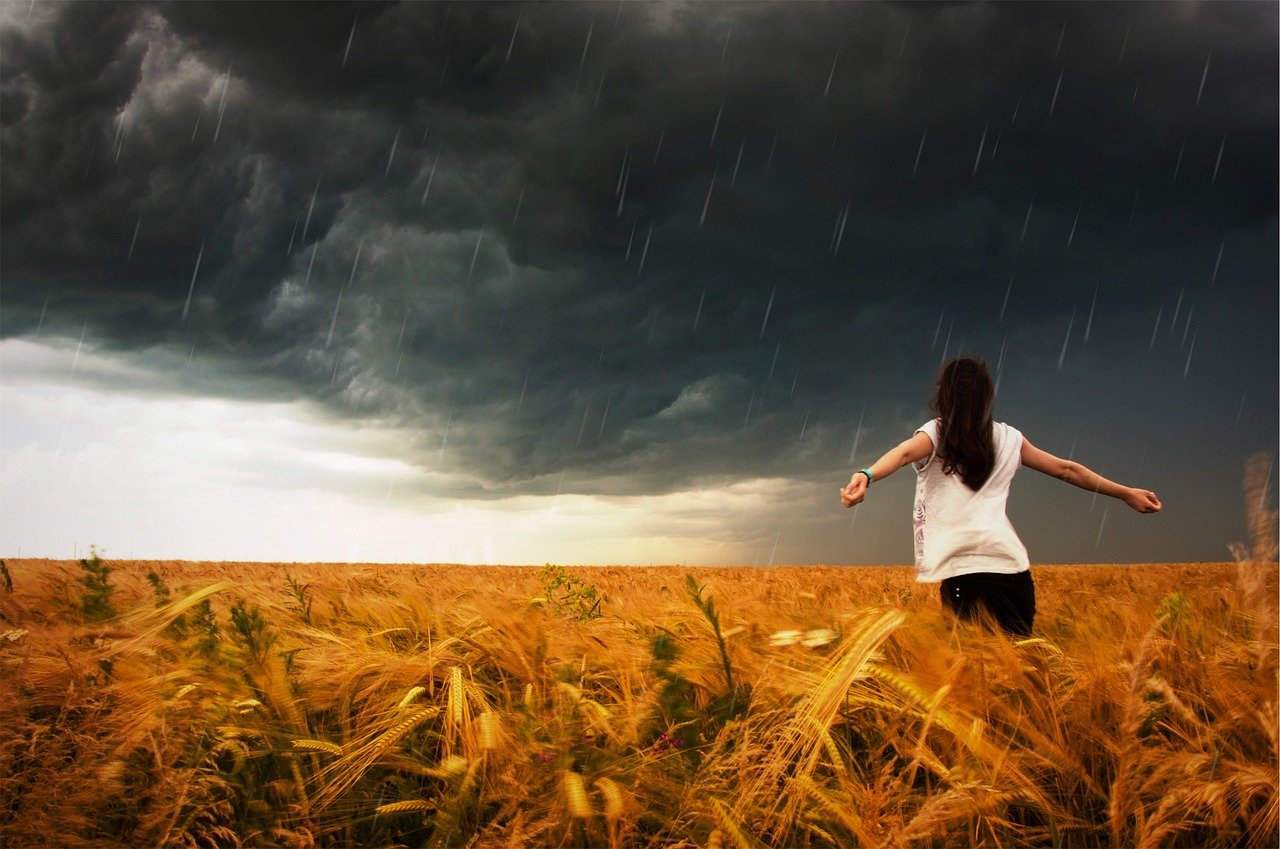 There were sleepless nights.

Covers hiding eyes shut tight, palms clamped down over tangles of ears and hair, all to no avail.

The summer storms sweeping over my midwestern childhood home would not be tamed. Lighting stole through shades, sheets and eyelids as I lay trembling in my bed. Night winds tore through our hickory tree forcing branches to bow in submission. But with all of their fury, these did not make me afraid. I feared their prophetic murmurings of the thing to come: the paralyzing force of a sound that reverberated right through my quivering body.

Nothing shook our house, or my soul, like the thunder.

To this day still, nothing does.

Now I sleep in the shadow of the Rocky Mountains. The tempests here are every bit as fierce, but like the lightening their thunderheads wield, these High Plains storms do not linger long. They strike fast and furiously. I was happy to forfeit those fear-filled, tossing and turning nights to childhood memories lost.

Or, so I thought.

Rolling through these once-tranquil nights, I hear its voice again.

There is thunder, and with it all the fear that follows.

I wonder, in such a time as this, if you hear it too.

It’s different now—somehow simultaneously silent and deafening in its roar—but no less terrifying in its awakening. I’ve outgrown my coping bag of tricks. Closing my eyes, plugging my ears and pretending it away? Ineffective. Tearing down the mile-long hallway to my parents’ room and the safety of their covers? Juvenile. (Also . . . weird.)

And so I ponder this puzzle again as beads of sweat once more form and fall from my forehead; the one my eight-year-old self could never quite solve, huddled in the fetal position under her yellow comforter cover.

What will we do with the thunder?

“You will hear thunder and remember me,
And think: she wanted storms. The rim
Of the sky will be the colour of hard crimson,
And your heart, as it was then, will be on fire.”1

Nine sisters step into the Mudroom this month. Each brings with her stories, woven and spun with threads of race, identity and culture. Stitched together by belief they become, as Nicole T. Walters puts it, “A Beautiful Tapestry of Women Rising Together.” Beautiful to be sure, but not one here is a stranger to storms.

And you may be certain, as the title of Akhmoatova’s poem forebodes, that “You Will Hear Thunder.”

So we must ask ourselves, What will we do with it?

Will we thrust the covers overhead, eyes tightly shut, with palms clamped down over our ears? Will we, under the pretense of self-preservation, call it nothing more than a disturbing dream—denying the storm altogether? Will we soothe ourselves back into a restless slumber, biding our time until the next resounding peal?

Or will we wake and vow to remember, with hearts caught and on fire?1

1 From Anna Akhmatova’s poem, “You Will Hear Thunder.”

A Masterclass in Race. From a Black Girl