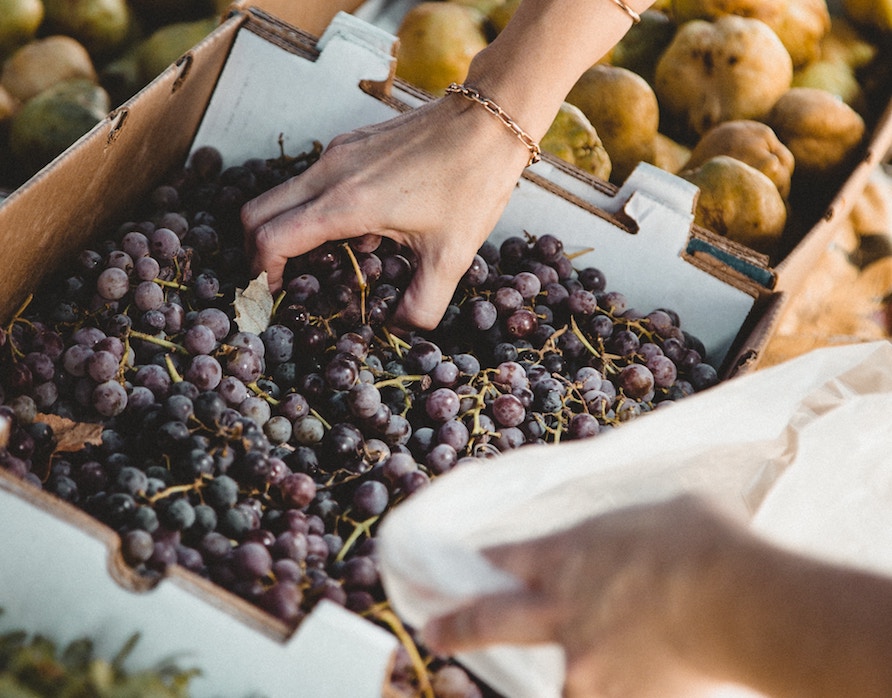 “If you want Elita to throw anything away, just tell her it causes cancer.”

This was the advice a friend gave my husband, Mark, when we first got married. It was true. I had once thrown away a whole box of scented candles and a series of scratched Teflon frying pans because someone had told me of their carcinogenic properties.

Just like the sound of traffic in a busy city, this constant fear of getting sick was simply background noise in my life, an ongoing soundtrack, a non-stop mental treadmill that had become so much a part of my day-to-day routine that I barely gave it a thought. Everything that came across my path was subject to inspection: would it cause cancer or help stop it? I was not alone. My dad would gift me a bag of red grapes whenever he saw me because he had read somewhere that they were the most effective in preventing illness.

My mother had battled breast cancer and it had spread over the course of six years until she passed peacefully in 2004. I had walked away from it amazed that God had been so gracious even during her illness. Through her death, my dad had come back to faith. Through it, I had experienced the love of the church. Other than missing her terribly, I hadn’t given the impact of her death much thought. In fact, it took me over a decade to finally connect her illness and absence with the tossed-out candles and the gifts of grapes.

Thirteen years later, I found my body no longer cooperated with me the way it once had. Aches and pains popped up everywhere. Appointments began to line up to figure out what was going on. It was still bearable until the day my doctor booked an ultrasound. My doctor suspected ovarian cysts and to cover all bases, I was whisked away to an oncologist as well.

Suddenly, that unnamed fear that I had been swimming in for years had a name. One night my husband and I were cooking a meal together. I paced back and forth between the sink and the stovetop, distracted and jittery. As our conversations veered toward my health, I could feel my emotions rise and the pent up anxiety yearning for release.

The words tumbled out as I spoke with Mark. Though I had not consciously thought through all this, it had been percolating in my heart for so long that all it needed was a small crisis to prick the ballooning distress. That confession, though perhaps not intended to be a prayer, became the first of many prayers uttered. There followed urgent prayers while lying in bed at night, prayers for healing and for doctors to have wisdom. There were demanding, even angry prayers for appointments to line up and for a speedy resolution.

Then there was the one Mark spoke on our couch with his hand on my knees. I clenched my hands into a fist when, to my chagrin, he prayed not for my physical healing, but the casting out of my idol of health.

The Spirit led his prayer, he insisted, and of course, He did, but my heart was still resistant.

In A Grief Observed, C.S. Lewis writes of the gradual healing he had after losing his wife: “There was no sudden, striking, and emotional transition. Like the warming of a room or the coming of daylight. When you first notice them they have already been going on for some time.”

That was what precisely happened for me as I came to terms with my illness. Those early prayers of desperation and hard-heartedness began to give way, ever so slowly, to prayers of trust. As those petitions began to take hold, a deeper healing happened. I finally saw that the fear that gripped me was a far worse death than any physical disease could bring about.

It’s almost been a year. So far the results are cancer-free, but there are still complications and surgery to deal with. But looking back and looking forward, I have found freedom in acknowledging my fragility. I have found trust in a God who brings a truer healing.

Photo by Dane Deaner on Unsplash

Elita Fung
Elita currently lives in Toronto with her husband. She works in her community running after-school and youth programs. In her down time, she likes to read Lord of the Rings aloud with her husband (improvised songs included), experiment with cooking, and stare out her apartment window at a strip of sunrise nestled between buildings.

When Houseplants Are Zombies of the Apocalypse