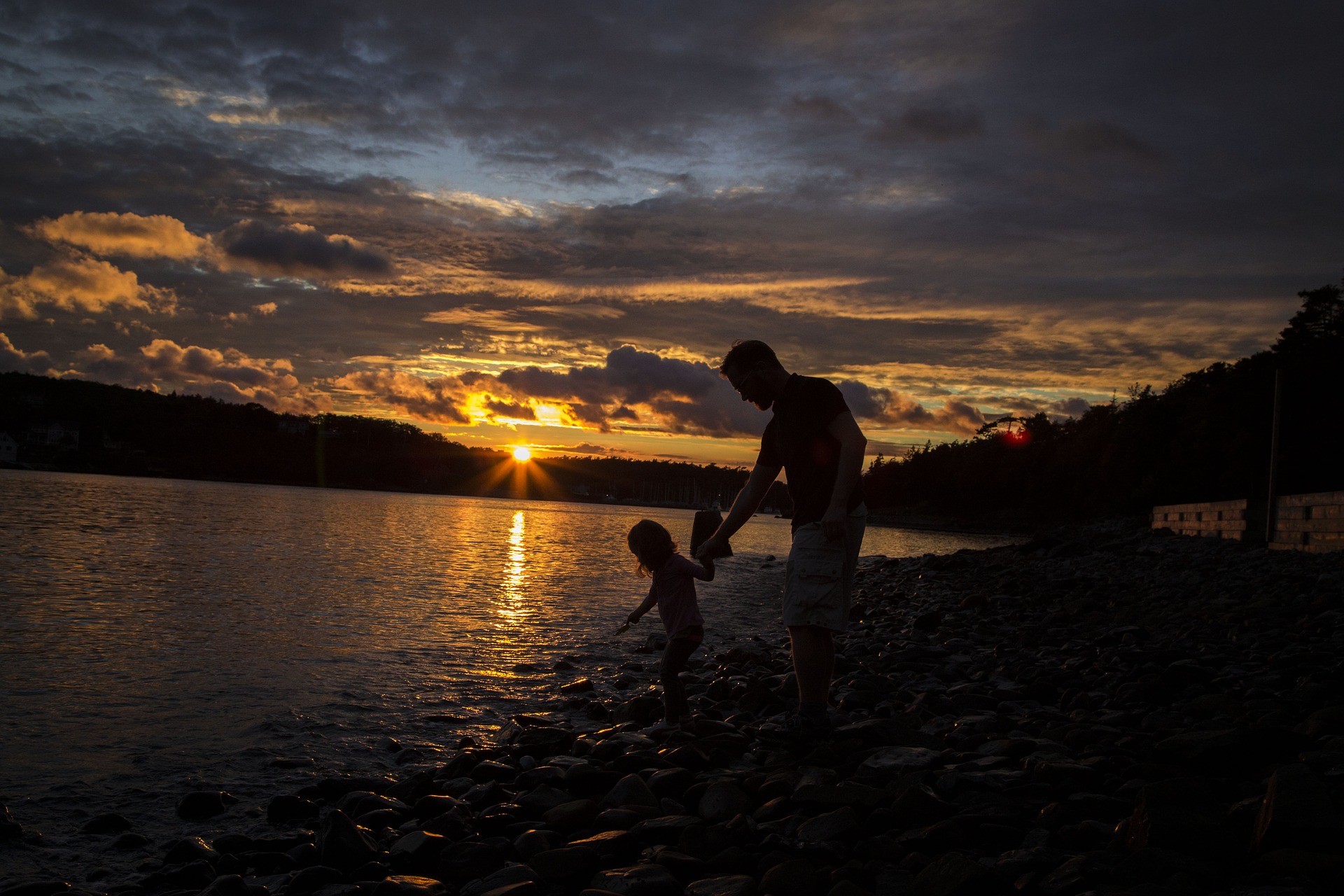 I have a handful of memories of my father. I mull them over from time to time, because I used to have more.

My father died the summer before I turned eight. My mom and I were out for the day; I was playing at the shoreline of a small lake while she read a book. I was collecting sticks and wading in the water when she suddenly said that we needed to go home. I wasn’t ready, so I continued poking along in the sand until she became insistent and I could hear something odd in her voice. After she drove the half hour home, we learned that my father had died earlier that day.

My father was an alcoholic. His alcoholism is part of most of the memories I have of him, but not all.

I remember being around six years old and peeking through the curtains as he walked up to our house. Even though he was a stranger to me, I couldn’t wait for him to come inside. I was nervous, but I had an agenda. He came in the house when my mom was cooking in the kitchen or doing laundry – something of that sort. He sat down and I told him what seemed like the biggest news of my life at the time: I could read a whole book. A whole entire book. I clutched My Little Blue Story Book, and I asked if I could read to him.

I sat on his lap, aware of the unfamiliarity of it all, but the concentration it took to read aloud helped it seem less foreign. His arms wrapped around me as he held the book, and slowly, painfully I read to him. I sounded out the words when I was unsure, and I was unsure a lot of the time. He turned page after page for me as I haltingly read about Tom and Susan, airplanes and horses. I was mindful of how long it took me to finish but it was the first time I’d read the whole thing aloud to anyone. I was determined to finish.

Even at six, I wished I could do things better, I worried that I wasn’t doing something well enough or quickly enough. But those fears were outweighed by his patience. He never once completed a word for me unless I asked him to and he never tried to hurry me along in order to finish. Finally, after what seemed like forever, I got to the end of the book.

I remained on his lap with the book closed and felt immensely proud of myself for finishing. I soaked up his praise like a dry sponge. And then it’s sort of like remembering a dream. Things become hazy and pinning down memories, with any degree of detail is difficult. It’s like someone pushed the pause button, and the memory of sitting quietly on his lap is the last frame of the movie. I want desperately to hit “play” and be able to see what happened next. I want to extend the borders of my memory in order to make it fuller, richer, and – most of all – longer. But the memory is forever clipped, just as I closed the book shut.

It took a long time to realize that perhaps that pausing is actually a gift. A period at the end of a near-perfect experience with my father. The same cannot be said of the handful of other memories I have of him that involve anger, drunkenness and fear. But that one perfect day when I read a book aloud for the first time no longer feels like a fragment. I am able to cherish it in its fullness, for what it is.

It was the day a little girl sat on her dad’s lap, read to him, and felt happy, safe and loved.

Patricia Alderman
Patricia Alderman’s passions include serving and doing life with those in her church community, maintaining the home she shares with her floppy-eared beagles, and getting her hands dirty in the garden. She also solves many of the world’s problems while relaxing with a skein of yarn and a crochet hook. Patricia explores what it means to be a creative disciple at patriciaalderman.com. Glue gun recommended but not required.

The Balance Between Snuggles and Deadlines

When All Else Falls Away

When My Sister Moved In: Long-Term Healing and Adult Children of Alcoholics

5 thoughts on “A Perfect Memory”