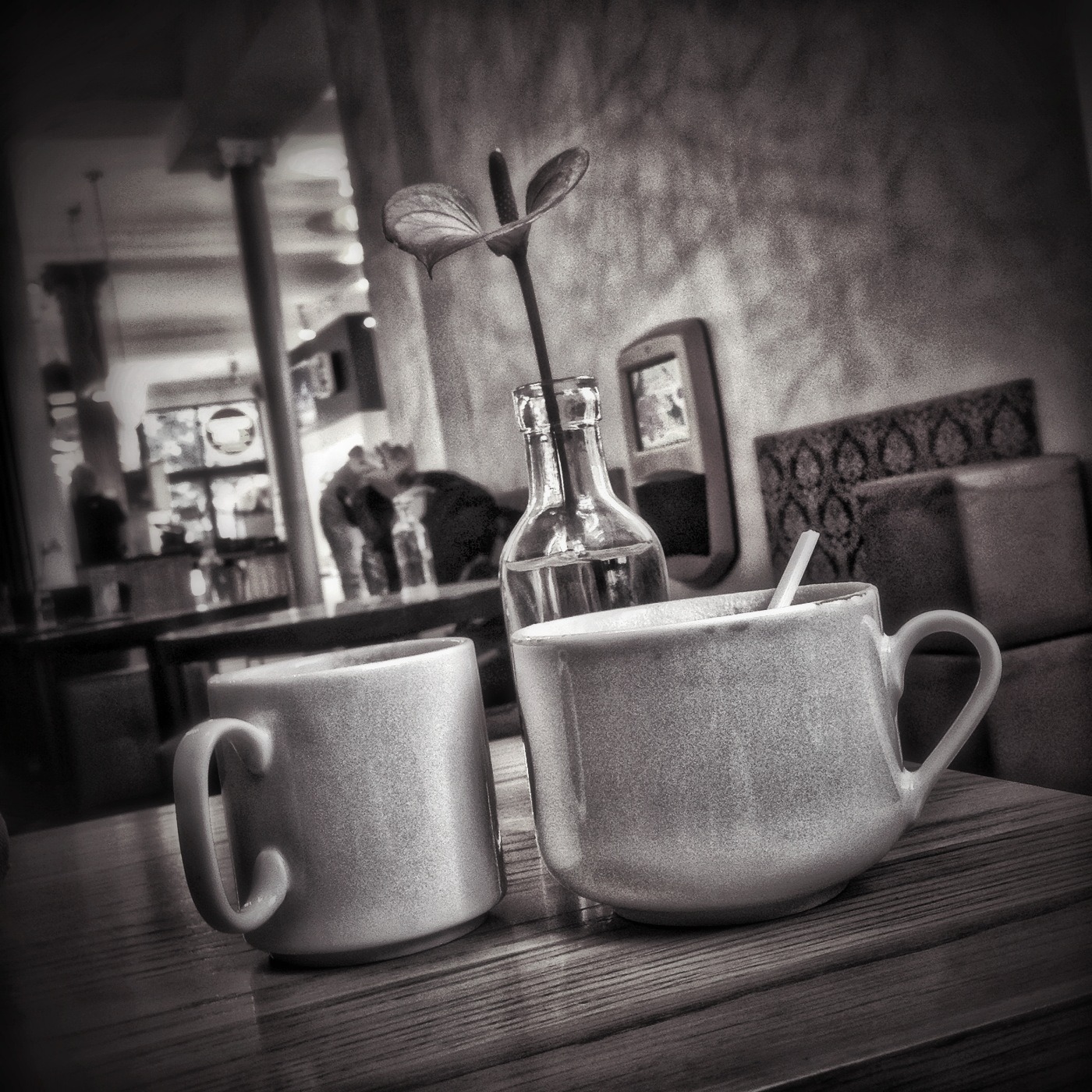 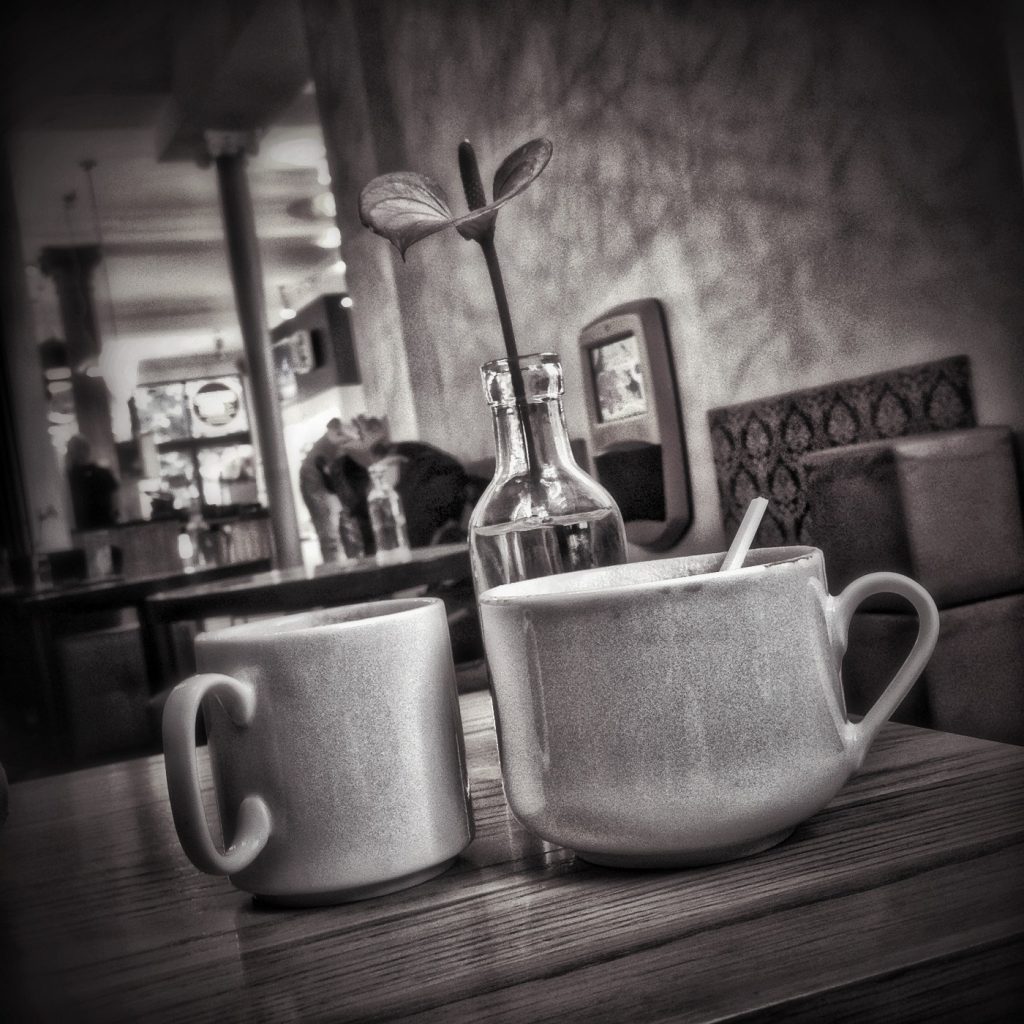 I’ve had this image in my mind since I was a little girl; it’s of my grandmothers meeting for the first time. I imagine them meeting in a liminal space, an in-between place where neither of them have ever been. They find a small cluster of metal patio furniture that make up a café of sorts. It sits atop a bridge with a smooth river beneath.

Grandma wears an Eileen Fisher ensemble with gray and green tones to match her eyes. Her shoes are the wedges she wore all over Paris, when she took me at sixteen. She had waited her whole life to go, and when the doctor thought she might have liver cancer, he told her to. Her makeup was done before she came, sitting on her white couch while watching Murder, She Wrote and is finished off with the Chanel lipstick I bought her.

Abuela has regained her sight, which she lost toward the end of her life from undiagnosed diabetes. She walks toward the table with a sense of ease; her thirteen children are nowhere to be found, and she gets to be served for once. A lavender and blue floral dress is covered with her apron; she’s just come from cooking lunch. Her hands still have masa on them from the fresh tortillas and she smells of warm rice steeped in tomato sauce. A long gray braid falls down her back. She greets my grandma with a kiss on each cheek.

A waiter comes and they both order black coffee. They look across the table, and instead of this being the momentous event that I’ve imagined, they speak in a common tongue as if they have known each other for years. It’s not English or Spanish, but something in between, something full of warm sounds. Laughter is a word used in every sentence.

This meeting is a way for me to see my identity. Instead of pitting my white privilege against my Latinaness, instead of fighting my colonizer as the colonized, instead of arguing about which side of a wall I should be on, I imagine coffee between two women who never met.

My identity is complex and my race/ethnicity/culture cannot be forced in a box. And neither can yours. My identity must start with two women who never met sitting down at a table in a liminal space where they both order black coffee. Their differences are interesting; their stories create a symphony between their voices. Laughter has never been louder and a smile never more contagious then with these two: Elisa and Joanne.

For too long I have seen my identity as painful. But when can it be beautiful?

My Abuela died ten years ago in the early hours of Good Friday. I was sixteen. My parents went to Mexico to see her before she died. I went to stay with my Grandma. I remember sadness in her voice when I came into her apartment. We sat down on her white couch and she told me that my Abuela had passed away.

My Grandma has been recently diagnosed with brain cancer, and all she wants is to be at my wedding in less than a month. We believe that she will be there and live past that happy day. My tears have been overflowing and my anger overwhelming, but it comforts me to have them meet in the borderland in my mind because it feels as though I am meeting myself.

“A border is a dividing line, a narrow strip along a steep edge. A borderland is a vague and undetermined place created by the emotional residue of an unnatural boundary. It is in a constant state of transition.”[1]

This is where they would meet. In a place that is confusing and overflowing with too much emotion. Their meeting place has a common language and lots of coffee. They meet in me, in the midst of my own borderland as I move from being single to married, and as I continue to learn what it means to be Mexican American, while also being an American of Norwegian descent.

I’m named after both of my grandmothers. It has been a symbol of my identity. I live in the turbulence of my own borderland. In the past it has been painful to live in a liminal space, but with my grandmothers there, I think I could learn to like it.

Fog rolled in last summer, hovering outside my window above END_OF_DOCUMENT_TOKEN_TO_BE_REPLACED

Elyssa Salinas Lazarski
Program Assistant at Evangelical Lutheran Church in America
Elyssa works with the Evangelical Lutheran Church in America's World Hunger outreach as the program assistant for Hunger Education. This Fall she will start her Ph.D at LSTC in systematic theology and sexual ethics, where she plans to focus on body/sex shaming and how to embrace our bodies as God embraces each of us, as children of God’s abundant love.

Poetry has been a vehicle to explore her own challenges with body image and her identity as a Latina. She has been performing poetry for the past few years at various open mic performances in Philadelphia and Chicago along with using poetry as part of her academic career. Elyssa is working on a book of poetry from the point of view of biblical women, especially Old Testament women such as Hagar, Dinah and Jael.

3 thoughts on “A Meeting Place”