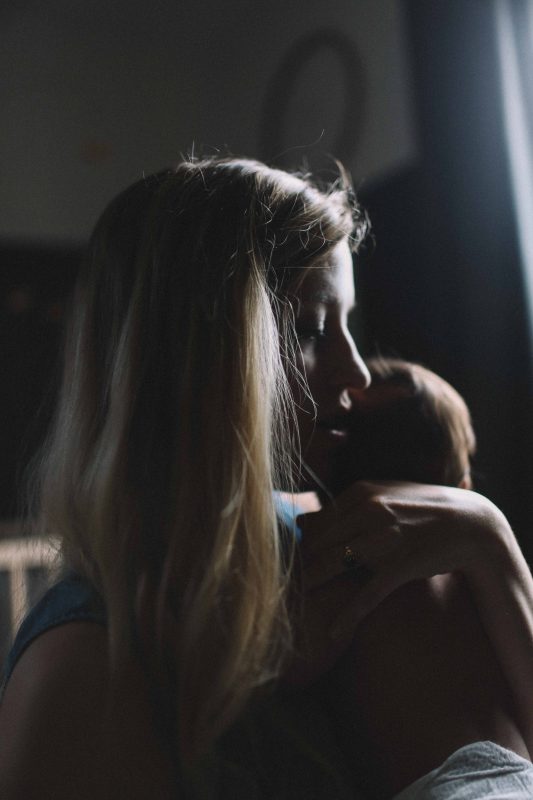 It’s the nights I dread most.

An hour after midnight, my husband–who’s been with baby in the nursery since 10 p.m.– opens the door, enters our bedroom, and gently shakes my foot to wake me up. But I’m already awake.

The baby is crying as if he hadn’t just eaten a couple hours ago. As if he’d never been fed before.

The baby is crying as if he hadn’t just eaten a couple hours ago. As if he’d never been fed before.

I rub the remaining sleep from my eyes, brush my teeth, and get situated in the nursery for a late night feeding. Husband changes baby’s diaper and swaddles him, shushing the wails of a hungry infant all the while. He passes baby to me and kisses me goodnight, heading to our bedroom for some long-awaited sleep.

Baby cries as he struggles to latch.

And it’s then that I realize how dark it is. Just how alone I am.

Sometimes I fall asleep as baby eats. Other times, I distract myself and scroll through the nonsense on my social media feeds. Most times, though, I stare into the darkness.

It’s just me and him. He’s crying because he’s six weeks old. I’m crying because I don’t know what the hell I’m doing. But he eats, then I burp him. He cries, and I shush him. He finally goes down to sleep, and I know I have two hours tops to nap.

But as I close my eyes, my imagination runs wild.

That’s the thing about the middle of the dark night: you’re so lonely that despair and anxiety and guilt are your only companions. And sure, eventually I’ll exhaust myself enough that I’ll nod off for an hour or so. But like clockwork, the cries of my baby–or my mind–will awaken me.

It’s the baby’s cries this time. He’s awake. And hungry.

The dark night of the soul: an aching loneliness and despair that can only be described as purposeless. It’s the humdrum of the ordinary that feels so monotonous and meaningless that I shut down. Or distract myself with nonsense. Or just stare into the darkness.

And even though my son is snuggled tightly at my breast,

Baby cries again, as he struggles to latch.

And  as I begin to stare into the darkness once again, I catch a dim glimpse of my son’s face. Eyes closed, drinking in his sustenance, completely relying on me–his source of life.

“Let the little children come to me, for the Kingdom of God belongs to such like these.”

And the tiniest bit of sunlight peeps through the blinds into the darkness that once overcame.

I can’t see perfectly, but even a fleck of illumination is enough to awaken to the joy that can be found even–and especially–here. It’s silent, but it’s not empty. It’s a silence that is pregnant with hope for a new day, with peace in simplicity, and with solitude of the morning rather than the loneliness of the night.

I did not have any idea what to expect. END_OF_DOCUMENT_TOKEN_TO_BE_REPLACED 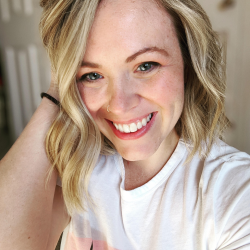 Follow me:
Melissa Gepford
Melissa is a writer and researcher who develops curriculum and other resources for pastors, churches, and publications. She is a deacon in the United Methodist Church. She loves to dance, garden, CrossFit, read books, and laugh. A lot. Read her blog and follow her on Twitter.
Blog: https://melissacolliergepford.com/
Instagram: @melissacolliergepford

Follow me:
Latest posts by Melissa Gepford (see all)

Through Seasons of Motherhood