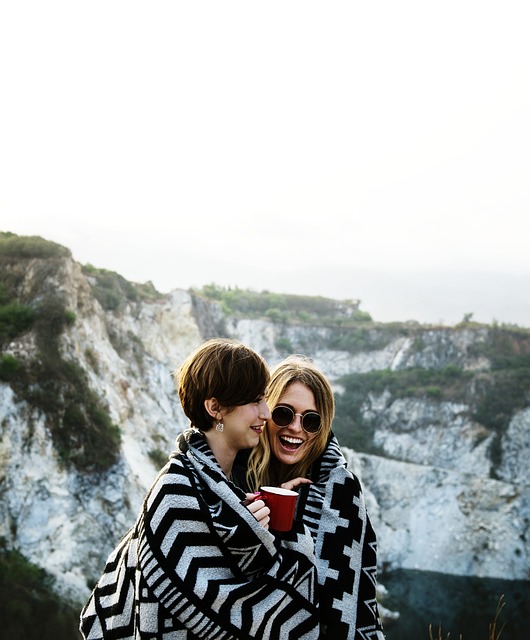 It almost ruined our friendship. A cancerous disagreement gained cells every day while it remained unspoken, avoided, skirted in conversation. The longer it remained buried, the bigger it grew, until it could no longer be ignored. Through tears, we hashed out our grievances, listened, apologized, and contended for hours over the phone and in person, neither of us ready to give up on a friendship that was teetering on the edge of survival.

The damage was done, and it seemed beyond repair. We both felt attacked, condemned, and unloved, and neither of us could bridge the divide.

My friend is one of those lovely rare souls who sees the best in people. She doesn’t even have to try. Acceptance and love seep out of her pores and magnetize people to her, myself included. Spend five minutes with her and you feel better about yourself, guaranteed. I considered myself the lucky one in the relationship. Like with every good friendship, the feeling was mutual.

We had been brought together by our children, but our hearts were knit by the much stronger threads of common faith and purpose. Recently, those threads had begun to unravel. I stayed the course while she began to roam outside the bounds of church and tradition. I was afraid if they unraveled any further, we would have nothing holding us together.

We were on one of our walks–a familiar tradition dating back ten years to the start of our friendship. I had planned carefully, chosen words I thought would lessen the pain, prayed over them, fretted over them.

It turned out much worse than I had imagined.

I tried to frame the conversation as, “I’m worried about you,” but she saw through that B.S. and called it what it was: “I’m judging you.” It was true. I was judging her. I didn’t agree with her recent life choices because they sharply diverged from mine. But it was more than that.

I felt judged by her because she not only felt free to live her life opposite to my beliefs, I got the sense she criticized them as quaint, passé. For several days, we were at a stalemate.

You’ve been in my shoes, probably more than once in your lifetime. Maybe yours is one of the tragic stories we keep hearing of people who’ve lost longtime friends or aren’t speaking to family members because of the last election. Perhaps you’ve decided to quit social media or unfollow those friends who keep posting divisive articles. Much has been written about the diminishing ability of Americans to engage in friendly dialogical discourse.

I don’t know about you, but lately, I feel like I need a walk on the beach to calm my heart rate after spending an hour scrolling my Twitter feed. Someone posts an inflammatory statement, someone else reposts with a snarky retort, and before you know it the Twittersphere is ablaze with hot-headed self-righteousness. I’ve gotten sucked into the vortex myself a time or two, resulting in almost instantaneous shame and chagrin at how quickly I lost my cool. I’ve heard many theories about why this trend occurs (polarizing news outlets, the decline of intellectual curiosity, the fiery rhetoric modeled by our leaders) but as a whole, we seem collectively baffled as to how to apply the brakes.

Christian author and speaker Os Guinness calls a return to a “civil public square” the “key to the American future.” In an interview on the topic, he lays the burden of restoring civility squarely on the shoulders of Christians.

“Followers of Jesus are called to be peacemakers, with truth and grace; Paul asks us to speak the truth with love. We’re called to love our enemies and do good to those who wrong us. This is our Christian motivation for championing the classical virtue of civility.”

As a Christ-follower, I am the one responsible to show grace and love no matter what is hurled my way. Is this even possible? How was Jesus able to hold his tongue and return hate with love?

Our model of civility is, Jesus Christ himself, who “When he was reviled, did not revile in return; when he suffered, he did not threaten but continued entrusting himself to him who judges justly” (I Peter 2:23, emphasis mine).

This little phrase held the key to restoring my cherished friendship, and it could be the key that unlocks the door for many to enter humble and profitable dialogue.

The conflict I had with my friend revealed an unhealthy attachment of my identity to my beliefs. I didn’t just believe in church, I was a church planter’s wife. My whole life was church. I had attached my self to my beliefs so that her departure became more than just a disagreement, but an attack on my identity.

When I learned to entrust my self—in all its pride and pain—to the One who made me, an astounding thing happened. I began to see myself as a beloved child of God and nothing else. When I stopped defining myself by my values and beliefs, but simply by my received identity as daughter of God, my protective shields crumbled. My fear dissipated. My wounds began to scab over.

Two years have passed, and my friend and I disagree to this day on the issue that divided us. But with our identities disentangled from our beliefs, and fixed steadfastly in Christ, we can discuss our differences without fear of judgment. And we are truer friends than ever before.

Might entrusting ourselves to God be the path forward for all of us who desire to bridge the chasms that divide us?

Fog rolled in last summer, hovering outside my window above END_OF_DOCUMENT_TOKEN_TO_BE_REPLACED

Christy Rood
I am a wife of 21 years, mom of 2 teens and 2 tweens, music teacher, and church planter in Seattle. I am convinced that the root cause of most of our problems is a misplaced identity, and that bleeds through in all my writing. You can find my blog at www.christyjrood.com. I am also on Facebook, Instagram, and Twitter.

An Argument I’m Willing to Take On

Requiem For a BFF