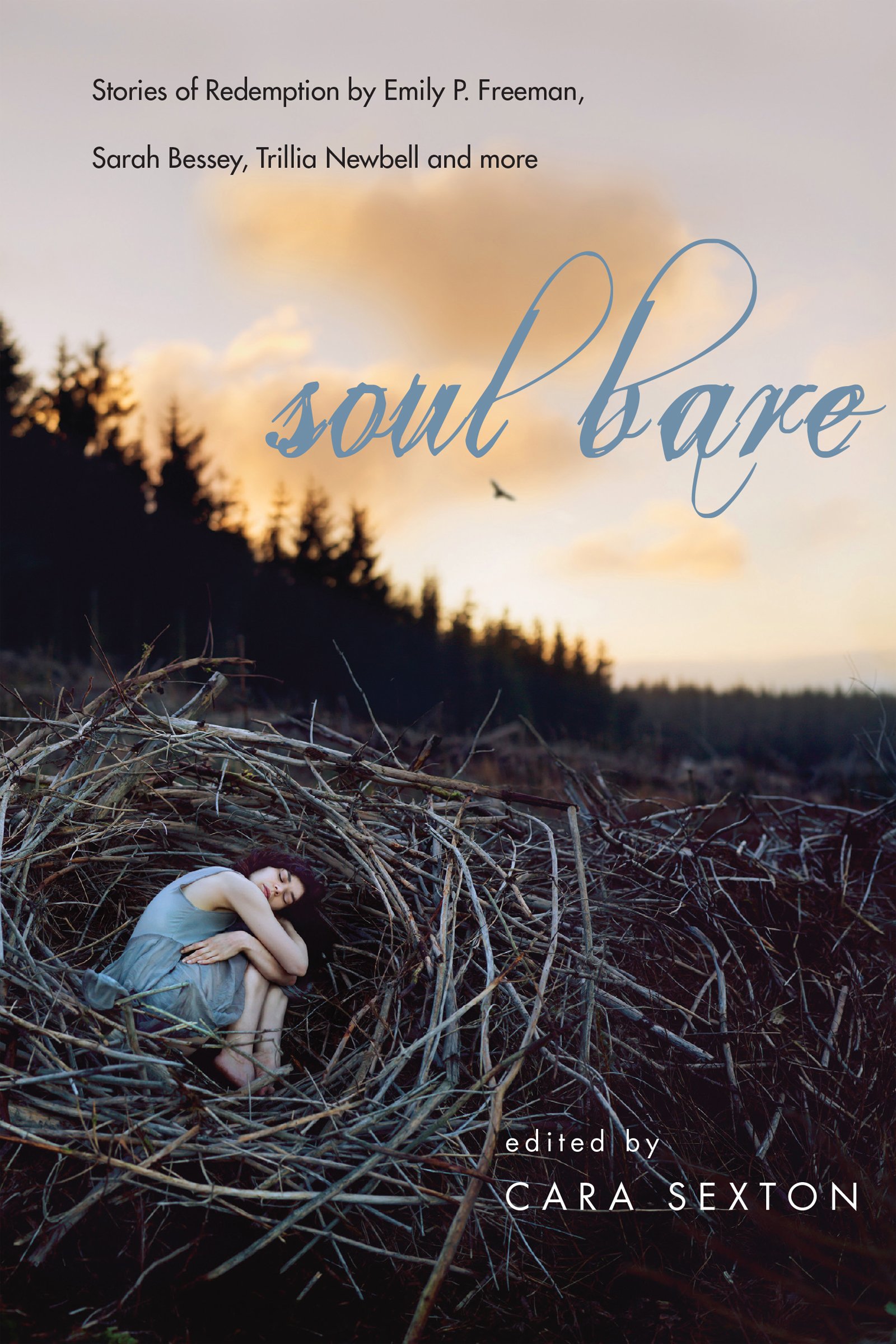 A small hybrid press announced a new community project called Soul Bare: Reflections on Becoming Human, created by Cara Sexton. The original call for submissions was announced on July 12, 2012, with a deadline of November 1, 2012.
It was to be a collection of raw, personal stories by some well-known Christian writers and some newly discovered. I considered it, looked at the list of contributors, got intimidated, and gave up before I put a word on the screen.
Over the next few months I would have twinges of regret, wondering if I made the right choice. With the new year approaching, it was almost time to pick a new One Word for the year. My word for 2012 had been fearless. That same Cara Sexton had even created an image for me when I saw the same one on her blog.

Fearless. I launched into 2012 with a list of things that scared me and I set about to meet each one of them as bravely as I could. And that year I accomplished an amazing amount of things, but apparently my courage was waning by then and I was already looking for a replacement word.
Cara announced a new January 1, 2013 deadline for Soul Bare. On New Year’s Eve, hours before the deadline, I mustered all the fearlessness I could, pulled together an essay, and sent it off. Then promptly detached from that reality. It was a deeply personal piece where I revealed more of my story and brokenness in writing than I ever had before. I actually felt sick to my stomach after I hit send.
On January 25th I received an acceptance letter with congratulations. My piece had been chosen.
I was overcome by elation mixed with disbelief. I had to read the email a few more times that week to make sure it was still true. The contributor list was emailed to everyone and there were even more illustrious names on it. Our edits were sent to us in June, and in July our bios were requested.
On March 29, 2014 the news we had been waiting for arrived: “The final manuscript is with the publisher now, awaiting the completion process, which will include a revised cover design, release date scheduling, and the like.” It was really happening!!
Until it wasn’t.
The press dropped off the face of the earth and left Soul Bare hanging in the wind.
But God . . .
He’s been at the center of this from its inception, and he was far from done with it. Cara took back the manuscript and sent it to agent Chip MacGregor who LOVED the book, shopped it to a few publishers, and by the end of June 2015, the offer was accepted and InterVarsity Press announced as the new publisher! Helen Lee took a chance on an anthology and I am constantly impressed by her.
There was another round of major editing including a number of essays being pulled, and I doubted that mine would be chosen again. It was a long, nerve-wracking three and a half years of acceptance, approved edits, losing a publisher, gaining a publisher, losing fellow contributors, until I held my Soul Bare baby in my hands.

I am profoundly grateful for Cara’s unswerving faithfulness to this project. Without her vision and tenacity it would have been scrapped long ago. She battled severe chronic illness flare ups and a host of other scary medical issues but never let it cool her passion for Soul Bare. She seemed to always have a spoon left for us.
I am deeply honored to be among such brilliant, brave writers and I want to give a special shout out to Sarah Bessey who gracefully endured my stalking her at The Festival of Faith and Writing and hugged me tight when she met me.
The writers who fill these pages with story and experience, lessons learned and regrets confessed, are some of the finest writers I’ve encountered. You’ll want to pause after every essay to tweet a quote, thanking them for their willingness to bare their souls, and may even want to bare yours.
Soul Bare is coming out August 8th and you can preorder it now and be the first on your block to read it! I hope it meets you where you need it and helps you feel less alone wherever you are.

The Mudroom is giving away 5 copies of Soul Bare, courtesy of InterVarsity Press! Send a tweet or like our Facebook page to enter. Winners will be chosen on July 30th. You can enter once a day. Share this post with your friends!

Check out the first book trailer with Shannan Martin!

I did not have any idea what to expect. END_OF_DOCUMENT_TOKEN_TO_BE_REPLACED